Education and awareness can prove powerful tools in the fight against HIV/AIDS. While that might seem obvious to some, it’s especially important in underserved, poorer or minority communities, on whom the disease can have a disparate impact.

”We cannot talk about AIDS in this country without talking about the black community,” says Charlie Baran, director of policy for the Black AIDS Institute.

Baran says that sometimes the science of HIV/AIDS can be difficult for non-experts to understand, but it’s the goal of the Black AIDS Institute to educate community members about the latest research and initiatives to combat the disease.

”There have been some great scientific advances in recent years, particularly the finding that the sooner a person is tested for, diagnosed with and treated for HIV, the more that reduces the chance of passing it on,” Baran says.

Despite AIDS activists’ best efforts, there has always been and remains to this day a stigma associated with HIV, which is why education on the disease is an important step in combating its spread.

To combat that stigma, the institute has actively been encouraging community members to attend the XIX International AIDS Conference (AIDS 2012).

The Black AIDS Institute has several events planned as part of AIDS 2012, including a two-day ”pre-conference” workshop July 20 and 21 focusing on scientific advances in HIV/AIDS research and treatment, and daily ”breakfast updates” featuring panels of activists, scientists, researchers and members of the Black Advocates Delegation.

During the conference, the institute will maintain a booth at ”The Global Village,” a space at the conference open to the general public free of charge where people of diverse backgrounds can share information on science, community action and intervention. 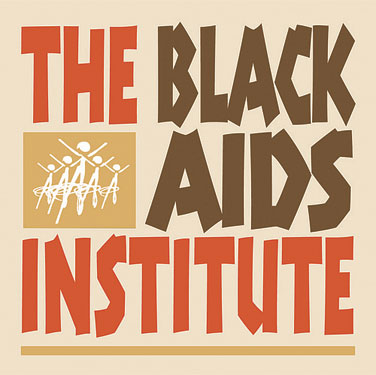 As part of the Global Village, the institute will partner with the African Black Diaspora Global Network on HIV/AIDS (ABDGN), will sponsor question-and-answer sessions with several plenary speakers at the conference and will publish a ”roadmap,” or guide, highlighting speaking sessions, performances, video presentations and panel discussions on HIV/AIDS geared toward members of the African Diaspora, communities with common links to African heritage.

Baran says, more often than not, black communities across the globe have shared experiences of higher rates of HIV, higher incidences of poverty and less access to health care.

”We are constantly trying to move forward and move in the direction of a high-level baseline of knowledge of HIV,” he says.

AIDS 2012, he adds, should serve as a call to mobilization on political and public health issues, particularly in the United States in a presidential election year, when community members can demand stronger action from elected officials.

For example, Baran says, while not AIDS-specific, health care reform represents one of the most important parts of combating the spread of HIV/AIDS in the African-American community and in high-poverty populations because of what the health care law does to focus on closing gaps in insurance coverage and increasing access to higher-quality treatments for members of traditionally underserved groups.

For more information on the Black AIDS Institute, visit ‘blackaids.org‘.”

This is the fifth in a series of articles leading up to the XIX International AIDS Conference (AIDS 2012), to be held in Washington July 22 to 27. For more information about the conference, visit ‘aids2012.org‘.