The D.C. chapter of the Log Cabin Republicans last week voted on and overwhelmingly passed a resolution telling the national board of their organization that they recommend endorsing presidential candidate Mitt Romney and his vice presidential selection, Paul Ryan, ahead of November’s election.

Robert Turner II, president of the D.C. chapter, wrote a letter expressing the sense of the membership to the national board, which has since been posted on the group’s website. But Turner also noted in his letter that some members, including some who voted in favor of endorsing the ticket, expressed concerns about the “anti-gay” positions that Romney and Ryan have taken on certain issues. 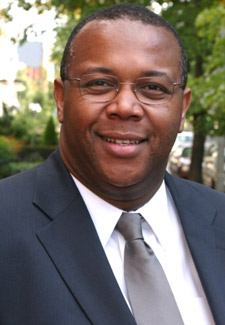 “If you favor our recommendation, we ask that you accompany an endorsement with a qualifier noting the significant differences we have with the ticket on some social and civil liberty issues and an expression of Log Cabin’s intention of continuing to vigorously encourage the ticket and the Party to revise their positions to more directly reflect the true values of our Grand Old Party,” Turner wrote in his letter.

Turner also said the D.C. chapter felt the organization’s national executive director, R. Clarke Cooper, and other ambassadors, should seek a private meeting with Romney to create a dialogue and discuss LGBT issues, similar to the way in which the “Austin 12,” a group of 11 gay men and 1 lesbian, all Republicans, had met with then-Gov. George W. Bush (R-Texas) prior to the 2000 election. And he reaffirmed that the D.C. chapter’s members support Romney’s bid to defeat President Obama because of Romney’s stance on “fiscal and foreign relations policies and his efforts to reduce the size of government.”

D.C. Councilmember David Catania (I-At-Large), originally elected as a Republican in a 1995 special election, was one of the “Austin 12,” but later spoke out against Bush’s 2004 re-election campaign after Bush supported a constitutional amendment to ban same-sex marriage. He later left the party to become an independent and endorsed Sen. John Kerry (D-Mass.) for the presidency. Several other members also expressed disappointment over the group’s failure to convince Bush to adopt more LGBT-friendly stances.

In an e-mail to his chapter, Turner later reiterated the chapter’s decision to defer to the national board on the final decision whether to endorse, saying, “We are certain the National Board will make a decision that will be in the best interest of our organization as a whole…Regardless of whether we, as a national organization, of gay and lesbian Republicans, endorse or choose a path of neutrality, we look forward to working with a Romney-Ryan Administration to create a better path to prosperity for our economy, strengthen our national defense, and bring equality to all. Because in the end, inclusion wins!”

The national board of Log Cabin Republicans has not yet made an endorsement in the presidential race, although rival gay Republican group GOProud decided to endorse Romney on a 4-2 vote, with only two of the eight-member national board’s five LGBT members voting in favor of an endorsement and one straight member and one gay member not voting.