One gay man was killed and another man was critically injured in a shooting in Baltimore’s Mount Vernon neighborhood in the early morning hours of Friday, Aug. 10.

The deceased has been identified as Joseph Alexander ”Alex” Ulrich Jr. His companion, Lawrence Peterson, was taken to Johns Hopkins Hospital, where he remains in a coma, according to a spokesman for the Baltimore Police Department. 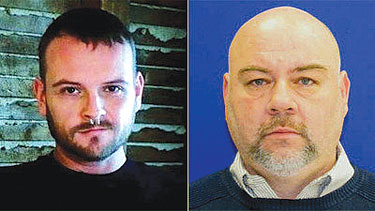 Jason Curtis, a friend of Peterson’s and the president of the Mount Vernon-Belvedere Association, a local neighborhood organization, said Peterson underwent several surgeries after being admitted.

Curtis said he had only briefly met Ulrich, who moved to the city about four months ago, but said that Peterson was a popular neighborhood figure who was friendly and often went out of his way to befriend newer residents of the city.

According to police, the victims were shot just before 4 a.m. in the unit block of East Chase Street, just outside the Empire House bed and breakfast, which Peterson owns. Police say they currently have no suspects or motive, but are looking for a black male who was wearing a white hat with white lettering, who was accompanied by a female, as they continue to investigate the shooting.

But Ulrich’s brother, James, of Smithsburg, Md., told the Hagerstown, Md., Herald-Mail, that police told his family his brother had been killed in a robbery. James Ulrich also said police told him his brother had been talking with some friends on some street steps when four people walked past, with two returning to rob one of Alex Ulrich’s friends when the shooting started.

Ulrich was transported to Johns Hopkins Hospital, where he was pronounced dead seven hours later. 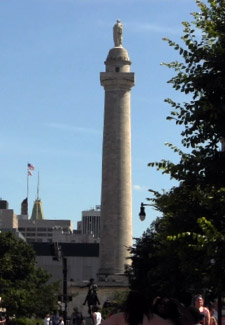 A spokesman for the Baltimore Police said authorities are seeking the public’s assistance with the investigation. Anyone with information is encouraged to call the Baltimore Police Department’s Metro Crime Stoppers hotline at 1-866-7LOCKUP or text ”MCS plus a message” to 274637.

Those who provide any information that leads to an arrest and indictment for a felony, like murder or assault, may be eligible for a reward of up to $2,000.

Curtis said a 7 p.m., Tuesday, Aug. 14, vigil in memory of Ulrich and in prayer for Peterson was being held in the West Park of Mount Vernon Place, near Baltimore’s Washington Monument in the heart of the Mount Vernon neighborhood.

A viewing for Ulrich has been scheduled for Thursday, Aug. 16, from 6 to 9 p.m. at Rest Haven Cemetery in Hagerstown, Md. His funeral will be held Friday morning at 11 a.m. at St. Ann’s Catholic Church, also in Hagerstown.