With two weeks to go until the start of Republican National Convention, it was announced today that New Jersey Gov. Chris Christie will deliver the coveted keynote address. 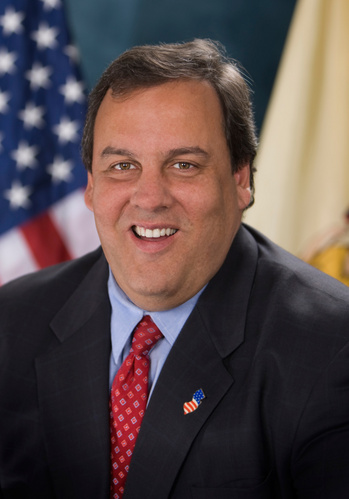 Christie is a rising star in the Republican Party well known for his off-the-cuff comments and no-nonsense disposition. Before Mitt Romney announced Wisconsin Rep. Paul Ryan as his running mate over the weekend, Christie was on the shortlist of likely Republicans being considered for vice president.

Among marriage-equality advocates, he is well known for vetoing legislation in February that would have legalized same-sex marriage in New Jersey.

First reported by USA Today, Christie told the newspaper that he is already on the fourth draft of the 20-minute speech he will deliver in Tampa, Fla., since Romney asked him to speak a few days ago.

“I’ll try to tell some very direct and hard truths to people in the country about the trouble that we’re in and the fact that fixing those problems is not going to be easy for any of them,” Christie said of his speech.

Despite Christie’s veto of marriage equality, which came a day after the New Jersey Legislature passed the bill, it seems unlikely social issues will feature prominently in his speech. His battles with New Jersey Democrats over the state budget and public spats with Maryland Gov. Martin O’Malley (D) have made him a national star, but he remains moderate on many of the social issues that rank high in importance among some party faithful.

Although Christie has said he is personally opposed to marriage equality, he has been consistent in his belief that New Jersey voters should be allowed to make the ultimate decision at the ballot box.

“An issue of this magnitude and importance, which requires a constitutional amendment, should be left to the people of New Jersey to decide,” Christie said of marriage equality in an interview with CNN’s Piers Morgan in February.

“I have been just as adamant that same-sex couples in a civil union deserve the very same rights and benefits enjoyed by married couples — as well as the strict enforcement of those rights and benefits,” Christie continued. “Discrimination should not be tolerated and any complaint alleging a violation of a citizen’s right should be investigated and, if appropriate, remedied.”

As part of Christie’s February veto, he expressed support for an ombudsman to ensure civil unions are administered with fairness and tolerance in the state.

The keynote speaker spot has historically been a launching point for national politicians, most recently in 2004 when Illinois Senate candidate Barack Obama delivered the keynote speech at the Democratic National Convention, just four years before being elected president.

Christie has been coy in discussing his national aspirations. Although Christie told USA Today he hopes to return to the Republican convention in 2016 to renominate a President Romney and Vice President Ryan, he is considered by many to be a likely Republican candidate for president in 2016 if Obama is re-elected.