CHARLOTTE, N.C. – As delegates and special guests arrived in Charlotte Monday for the 2012 Democratic National Convention, festivities celebrating the renomination of President Barack Obama for a chance a second term began in earnest across the city. 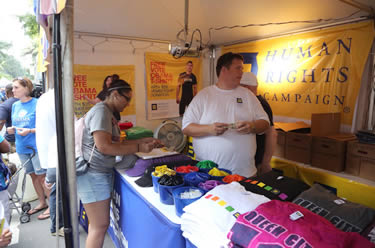 Local LGBT community members in Charlotte say they welcome the attention in their city. Toryn Stark, who volunteered to meet convention delegates at their hotels, says she wants Charlotte to be known as the unique city she’s called home for years.

”I hope that they know that Charlote is a very diverse city,” said Stark, who ventured out to a local bar for a special convention-themed drag show Monday. ”It might not be what they are expecting. … We definitely are excited to have the convention here.”