By John Riley on September 5, 2012 @JohnAndresRiley

Equality Virginia, the major nonpartisan LGBT rights organization in the commonwealth, praised the election of former Alexandra City Councilman K. Rob Krupicka to the Virginia House of Delegates in a Sept. 4 special election.

According to returns from the Virginia State Board of Elections, Krupicka, a Democrat, defeated Republican Timothy T.C. McGhee with nearly 76 percent of the vote. McGhee earned 20 percent of the vote and Libertarian nominee Justin Malkin earned a little more than 3 percent. Just more that 8,000 of the 45th District’s 67,000 registered voters cast ballots Tuesday. 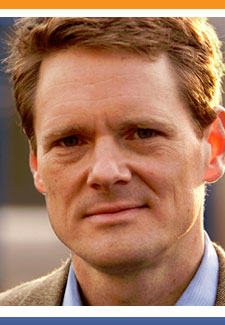 “Residents of the 45th District continue to vote for fairness and equality,” Equality Virginia Executive Director James Parrish said in a statement. “We are fortunate to have a friend in our corner and a straight ally in the General Assembly to help move the Commonwealth forward.”

Krupicka will replace Del. David Englin (D-Alexandria), who resigned in August to “focus on rebuilding my marriage and my family” after announcing he would not run for re-election in April because of an extramarital affair. Englin was considered a strong ally of the LGBT community.

This was not the first time that Krupicka and McGhee had run for political office. Krupicka, who is straight but supports marriage equality and equal opportunity for LGBT citizens as part of his platform, ran in 2011 against then-Del. Adam Ebbin (D-Arlington), now Virginia’s first out gay state senator, but lost by less than 3 percent in a three-way Democratic primary.

McGhee, who was Ebbin’s opponent in the general election, created some controversy after he made comments at a forum hosted by the Arlington Gay & Lesbian Alliance (AGLA) that were perceived as anti-gay.

McGhee told the group “I’m not here for your vote, I’m here for you,” before adding, “You are a group of people who believe it is better to be hated for what one is than loved for what one is not.” He also made further comments that seemed to imply LGBT people were “frustrated” with or refused to believe in God, and that God had “committed them to disobedience” in order to show his mercy. He later apologized for the comments, telling Metro Weekly in an interview that he never meant to offend people and was trying to focus on God’s mercy.

In that Virginia Senate race, Ebbin defeated McGhee by a margin of 65-35.

After Englin announced he was resigning, Krupicka jumped into the 45th District race, where he faced political newcomer Karen Gautney, who was seeking to become the first out lesbian member of the General Assembly. She had been endorsed by Englin.

But Gov. Bob McDonnell, a Republican, announced the special election on July 25 and told the parties they would have to nominate a candidate by the first week of August, forcing the Democrats to scramble and hold a caucus instead of a primary to determine their nominee. Krupicka prevailed at the caucus, besting Gautney by a margin of 63-37.