CHARLOTTE, N.C. – The 2012 Democratic Convention proved to be reflective of the country’s ”melting pot” moniker in multiple ways. The number of LGBT delegates is historical and record-breaking: 486 in total and from every state in the country – a dramatic upswing from the 288 on board for the 2008 convention.

”When you consider what it has been like in the past, it’s amazing,” said Barbara Casbar Siperstein, the first transgender member of the Democratic National Committee and a ”super delegate” from New Jersey who participated in selecting Charlotte as the site for the convention. ”This year is the first time there have been so many delegates from the trans community, so it makes it an especially historic moment for us.” 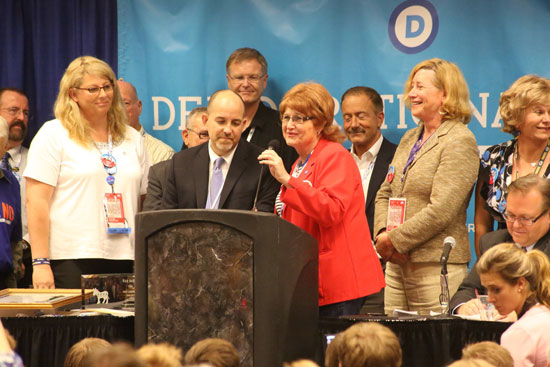 In total, there are 13 openly trans delegates. Several took time to speak directly with QNotes. Here’s a look at who they are and some of their thoughts on President Obama, Charlotte, their role in the convention and their hopes for the future:

Beyer is a retired eye surgeon and the executive director of Gender Rights Maryland. She admits the recent passage of Amendment One was a disappointment, but it doesn’t diminish her respect for Charlotte and Mecklenburg County. ”I know that Mecklenburg County and other metropolitan areas voted no, so I don’t think Amendment One makes Charlotte any less progressive than it was.” Beyer spoke of President Obama with reverence: ”He’s done more for the LGBT community than any previous president. I can’t be anything but grateful to this administration.”

As an African-American transman, Broadus feels his role as a Missouri delegate is unique. ”Overall, my part of the community is relatively invisible. People don’t even realize we’re out there. I think my presence allows us to address issues regarding race and increases visibility for transmen.”

Of Obama, Broadus said, ”He has led us through one of the most difficult times in American history. I think we owe him another four years to repair the damage by the previous administration that took them eight years to create.”

A Charlotte resident since 1973, Covington is the chair of TransCarolina, a sitting member of the HRC Carolinas steering committee and a busy LGBT activist (since 1990). She’s proud of her election as a delegate, because it required her to cross cultural differences. It was a strategy that paid off: ”I think a lot of the people who voted for me had never even seen anything like me before,” she joked. ”But they got to know me, they came to like me and then they elected me. Afterwards we all hugged and cried together. It was a great time.”

Covington is confident North Carolina will eventually have to overturn Amendment One, her state’s constitutional amendment banning marriage equality. ”It will take some time and we’ll have to get a Democratic majority again, but I know we can accomplish it if we all work together.” She also said she hopes to run for the U.S. Congress in the future.

Michigan delegate Amy Hunter is from Kalamazoo. She runs Equality Michigan Pride PAC, and is extremely happy with the accomplishments President Obama has made for the LGBT community and for the country as a whole. ”The broader conversation about equality for all of us makes for a compelling narrative,” Hunter said in the pages of The Detroit News.

This was Land’s first DNC. He’s a resident of Columbia County, Ore., and the chair of the Columbia County Democratic Central Committee. In addition to numerous other responsibilities as a trans activist and a member of the Democratic Party, he also works as a management consultant. ”I am honored to go to Charlotte as a trans man elected as a Congressional District Delegate,” he noted on the Trans United for Obama website. 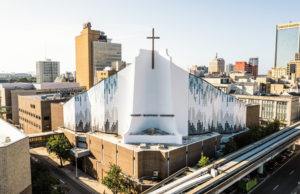 From Arizona, Lohman was an alternate delegate, though that didn’t make her experience in Charlotte at the DNC any less exciting. ”This is my first National Convention and I am very excited to be here,” she wrote on Trans United for Obama. A resident of Phoenix, she is a Vietnam Veteran and active in PFLAG.

A delegate from San Francisco, Murrillo’s credentials are impressive. He was elected as a delegate to the 2004, 2008 and 2012 Democratic National Conventions and his campaign experience includes work for President Obama, Hillary Clinton and John Kerry.

An at-large delegate from Massachusetts, Phillps attended the ’04 and ’08 conventions as a volunteer. She also confirmed that she attended the 1964 convention (for President Lyndon Johnson) while still a student. In 2008 she was one of the first transgender individuals to be elected to the Democratic State Committee in Massachusetts.

An at-large delegate from Nashville, Tenn., Richmond also serves as the president of the Tennessee Transgender Political Coalition. In 2008, she was the first transgender individual to win an election in that state. This past March, she was re-elected to a third term. For President Obama, she is full of praise: ”He’s done a good job with the economic challenges he was handed when he took office. He’s an intelligent and thoughtful man, truly with the best of intentions for all Americans. He deserves our support for the next four years.”

Sanchez is another at-large delegate from Massachusetts. He has been active in the Democratic Party since 1988 and works as a staffer for openly gay Congressman Barney Frank. On the Trans for Obama site, he wrote, ”As a lifelong active Democrat, I’m honored to be working for victorious elections of Democrats everywhere, including President Obama, to lead our country towards LGBT and other equality.”

A resident of Green Bay, Wis., this was Shiner’s first opportunity to serve as a delegate and her first Democratic National Convention. She was happy to confirm her active involvement with Fair Wisconsin, an effort to fight that state’s anti-marriage amendment, and her work for the Obama Campaign in 2008. On a personal note, she hopes to get elected to the Democratic National Committee in the near future.

Siperstein is an executive committee member of the DNC and the deputy vice chair of the New Jersey Democratic State Committee. In addition to being the president of the New Jersey Stonewall Democrats, she’s a published author, small-business owner, veteran and a grandparent. She holds one particularly important distinction: In 2009 she was appointed and confirmed as the first transgender member of the Democratic National Committee.

Sipperstein was impressed with Charlotte and how the convention was handled. ”There are a lot more delegates at this convention than at any other city previously,” she offered. ”What I’ve seen so far has been tremendous.”

As for the man she is here to support, Sipperstein said, ”Considering what he started with – he was left a mess – I’m definitely impressed with his accomplishments. We have work to do, but I’m confident the country will realize we can’t return to the past.”

A delegate from the state of New York, Sklarz was recently elected president of the Stonewall Democratic Club of New York City. In 1999, she became the first transgender person elected to office in New York when she became the judicial delegate for the 66th Assembly District. In her biography on Trans For Obama, she touts the importance of transgender individuals coming out: ”Trans political power can increase with increased trans visibility.”

A delegate from Texas, Meghan Stabler is a business executive, transgender advocate and LGBT activist. Another noteworthy fact: She’s a member of Obama’s 2012 LGBT Leadership Circle. Born in England, today she is an American citizen and was very excited about the friendly Charlotte residents she encountered during the convention. She’s effusive about her support for President Obama and the importance of winning this election. ”This isn’t about one singular issue,” Stabler said. ”Who wins this election will set the tone of this country for the next 20 years because they’ll be appointing the next judges to the Supreme Court. That’s why it’s paramount we rally to support our president.”