From Tuesday to Tomorrow

It wasn’t long after the first polls closed on the East Coast on election night that Republicans knew something was wrong.

First Michigan was called for President Barack Obama, the same state where Mitt Romney’s father, George Romney, served as a popular governor during the 1960s. Then Pennsylvania also went to Obama, despite a last-ditch effort by the Romney campaign that had the Republican nominee in the state just hours before the polls closed. 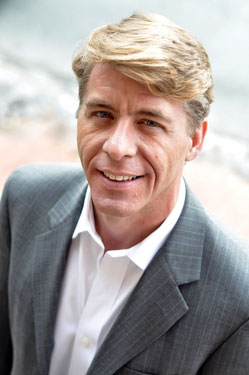 Things really began to look grim for Romney supporters when polls in Florida and Virginia, two states critical for a Romney victory, showed Obama and Romney in a dead heat.

It was 11:12 p.m. — 12 minutes later than when the presidential race was called in 2008 — when NBC News declared Obama the winner in the swing state of Ohio, announcing that the president would win re-election. Other networks soon followed, including Fox News, which was being broadcast before a few hundred people at the Romney election-night party in Boston. Footage of the Romney event showed a crowd in disbelief.

What happened? That’s the question Republicans have been asking in the wake of sweeping defeats on Nov. 6 that have left party faithful in despair and party leaders debating the future of the GOP.

PICKING UP THE CAMPAIGN PIECES

”The president won an extraordinary victory, and the fact is we owe him the respect of trying to understand what they did and how they did it,” former Republican presidential candidate Newt Gingrich said during an appearance on NBC’s Today Show. ”But if you had said to me three weeks ago that Mitt Romney would get fewer votes than John McCain — and it looks like he’ll be 2 million fewer — I would have been dumbfounded.”

Although it is debatable if such a divided country translates to a mandate for the president, particularly as Republicans maintained their majority in the House of Representatives, the 2012 election signals a shift in public opinion that is undeniable.

Not only was the first sitting president ever to openly endorse same-sex marriage re-elected, the number of out members of Congress nearly doubled, and in four states marriage equality won at the ballot box – a game-changing first.

For Republicans, the rebuke of their presidential candidate as well as their vision for the future comes as a disappointment, but it also comes as an opportunity, particularly for gay Republicans, who see a political party at a crossroads.

”There will be some messy, ugly discussions that happen over the next couple of years, but in the end I think this is a good opportunity for Republicans,” GOProud Executive Director Jimmy LaSalvia tells Metro Weekly.

Although LaSalvia says he was frustrated throughout the election cycle, he expresses optimism that this was the beating Republicans needed to wake up and change direction on LGBT rights.

”The Republican Party has an element in it that just doesn’t like gay people. Period. For a long time that small segment of the party has had more power than they should, given their size,” says LaSalvia. ”I’m not saying social conservatives shouldn’t be a part of the party, but the anti-gay crowd has lost. And until party leadership understands that, the party will continue to lose.”

Republican Party leaders seem well aware of the message sent by the election’s result. The same year that saw the Republican Party adopt a national platform openly hostile to gay people also saw Senate candidates like Todd Akin of Missouri and Richard Mourdock of Indiana draw outrage because of their comments over ”legitimate” rape and whether pregnancies caused by rape are part of God’s plan.

In an opinion piece published by Politico, Karen Hughes, who served as an advisor to President George W. Bush, issued a graphic warning to the Todd Akins of the Republican Party.

”And if another Republican man says anything about rape other than it is a horrific, violent crime, I want to personally cut out his tongue,” Hughes wrote after the election. ”The college-age daughters of many of my friends voted for Obama because they were completely turned off by Neanderthal comments like the suggestion of ‘legitimate rape.”’

“We have a period of reflection and recalibration ahead for the Republican Party,” added Sen. John Cornyn (R-Texas) in a statement released shortly after the election was called on Tuesday.

By John Riley on August 9, 2021 @JohnAndresRiley

Abbott did not initially include the bill in a list of legislative priorities he was hoping to see passed during a special session of the legislature held last month, prompting criticism from Huffines and other political opponents who believe Abbott has not gone far enough in pushing a conservative agenda as governor.