The leaders of the nation’s largest LGBT-rights organizations urged Republican leaders in the House of Representatives to cease funding the legal defense of the Defense of Marriage Act in a letter sent earlier today. 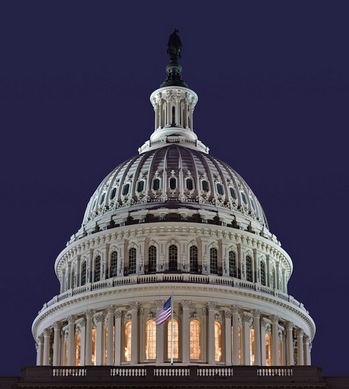 The letter comes after it was revealed last week that GOP leadership had signed-off on a $500,000 increase in funding for the contract with the private law firm hired by House Republicans to defend DOMA in court. The decision to raise the cap on DOMA’s defense to $2 million was made on Sept. 28, but kept from Democrats and the public until Dec. 13.

“Americans have sent a clear message that they want lawmakers to focus on strengthening our economy, creating jobs, and securing a bright future for generations to come,” the letter states. “Spending $2 million – and counting – on harming LGBT people and wasting precious time and resources that should be spent on more important issues is not the way to best serve the interests of the American people.”

Of Boehner, Cantor and McCarthy, none responded to requests for comment from Metro Weekly.

LaSalvia said Metro Weekly’s questions about the letter were the first he had heard of it.

“I have said before and continue to believe that the House defense of DOMA is a waste of tax-payer money. It would certainly be the first cut I would suggest if I were part of the fiscal cliff negotiations,” LaSalvia wrote in an email to Metro Weekly.

“My position (and GOProud’s) on DOMA has been consistent,” LaSalvia added, “As a constitutional conservative and a strong defender of the Tenth Amendment, I believe that marriage and family law is the purview of the states, and the federal government should respect and recognize the states’ decisions on marriage. DOMA was a huge federal power grab that should be repealed.”

According to Cooper, LCR was also not asked to assist with the letter. Cooper said LCR likely would not have participated with the final version of the letter, reiterating a statement made by LCR in March 2011 that the special counsel appointed by the House is required to defend the law, despite LCR’s opposition to DOMA, until the nation’s highest court has final say on its constitutionality.

According to HRC spokesman Michael Cole-Schwartz, “It goes without saying that we all share the same goal of wanting to see DOMA off the books and for the federal government to recognize all legally married couples. We will of course continue to work with them on DOMA repeal and our other shared priorities.”

With DOMA now before the Supreme Court, House Republicans appear ready to defend the 1996 law, which forbids federal recognition of same-sex marriages, until the end.

Last week, hours before the public learned the monetary cap on DOMA’s legal defense had been raised to $2 million, Boehner said, “If the Justice Department is not going to enforce the law of the land, the Congress will.”