President Barack Obama nominated Sen. John Kerry for secretary of state today. The announcement was anticipated by many who suspected Kerry would replace Secretary of State Hillary Clinton, but as the Massachusetts Democrat leaves the Senate after nearly 28 years, many wonder who will assume Kerry’s Senate seat – and out Rep. Barney Frank is leaving his options open. 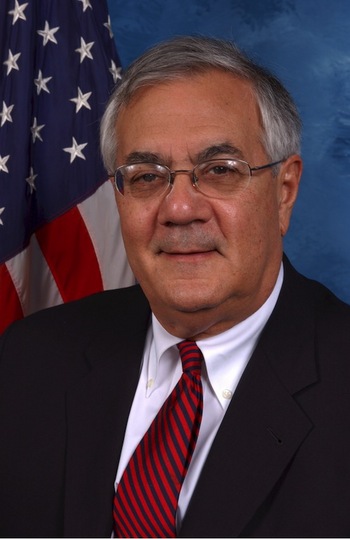 In an interview with Politico earlier this week, Frank did not rule out accepting a temporary appointment to Kerry’s Senate seat.

Massachusetts Gov. Deval Patrick (D) is now tasked with appointing a temporary senator to replace Kerry until a special election is held next year.

Frank, who will retire at the end of this term after more than three decades in the House, said he would not run in a special election, but would consider an appointment if Patrick were to offer it to him.

“The governor ought to be free to make whatever choices he makes. In Massachusetts, you’re talking about an interim, not a permanent appointment. I certainly would not take on any long-term appointment,” Frank said. “As for an interim thing, I think accepting offers that haven’t been made is kind of presumptuous.”

According to Politico: “Pressed to clarify, Frank said his answer was ‘not a “no” or a “yes.” Rejecting an offer that hasn’t been made is also presumptuous.'”

When Kerry ran for president in 2004 against Republican President George W. Bush, it was believed Frank would seek Kerry’s Senate seat if he won the presidency, thus making Frank the first out member of the Senate if he was successful. However, Kerry lost. On Election Day 2012, Rep. Tammy Baldwin (D-Wisc.) successfully won her bid for the Senate, becoming the upper chamber’s first out member.

Advocates welcomed the possibility that Frank and Baldwin might serve together again in the Senate, if only briefly.

According to Denis Dison, vice president of communications for the Gay & Lesbian Victory Fund, “Few people would be more qualified to represent Massachusetts in the Senate. It would be a neat capstone to an incredible career in government.”

The Human Rights Campaign, which praised Kerry as a “trailblazer in the fight for LGBT equality,” also looked forward to the possibility of a Sen. Barney Frank.

“Barney Frank has had a distinguished career of public service and it speaks well of his dedication to our country that he would continue to be open to opportunities to serve the people of Massachusetts and the nation,” HRC spokesman Michael Cole-Schwartz told Metro Weekly.

Patrick has not yet indicated who he will tap to fill Kerry’s seat. Aside from Frank’s comments, the widow of Sen. Ted Kennedy, Vickie Kennedy, has been mentioned as a possible appointment.

[Photo: Barney Frank (Courtesy of the U.S. House of Representatives).]