Bank of America settled a claim with the Department of Housing and Urban Development over the mortgage lender’s refusal to provide financing to a lesbian couple because of their sexual orientation and marital status. 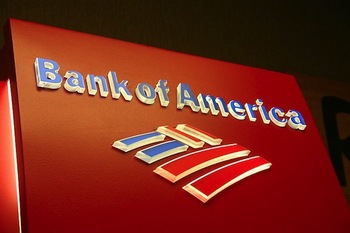 Announced today, the settlement is the first enforcement action taken against a lender under a new rule prohibiting mortgage lenders from basing eligibility decision on sexual orientation, gender identity or marital status. HUD’s rule applies to all mortgage loans insured by the Federal Housing Administration and all housing programs administered by HUD. The rule was implemented in 2012 by HUD Secretary Shaun Donovan.

According to a press release announcing the agreement:

BOA agrees to pay HUD $7,500 and to notify its residential mortgage loan originators, processors and underwriters of its Settlement Agreement with HUD. In addition, BOA will remind its employees that they are prohibited from discriminating against FHA-loan applicants on the basis of sexual orientation, gender identity or marital status. BOA will also update its fair lending training program to include information on HUD’s rule.

HUD claimed Bank of America denied a loan to a same-sex Florida couple seeking to obtain an FHA-insured mortgage because of their sexual orientation and marital status.

“Because one partner was not employed, the applicant enlisted her partner’s mother as a co-applicant on the loan,” read the release. “The couple worked with BOA for several weeks to provide all of the necessary loan application documents and the couple was assured by BOA that they were likely to receive a mortgage. One business day prior to closing, BOA denied the mortgage because it did not consider the loan applicant and the co-applicant directly related because the applicant and her partner were not married. As a result of BOA’s actions, the couple was not able to close on the loan.”

In a statement, HUD’s general counsel, Helen Kanovsky, said the agreement demonstrates HUD will “vigorously enforce its Equal Access rule and pursue lenders that discriminate on the basis of sexual orientation, gender identity or marital status.” Moreover, Kanovsky commended Bank of America for taking immediate action to rectify the situation.