By John Riley on January 28, 2013 @JohnAndresRiley

Under the threat of losing its charter, a local Maryland Cub Scout pack has ended its LGBT-inclusive nondiscrimination policy. The group’s National Capital Area Council of the Boys Scouts of America (BSA) charter is set to expire Jan. 31, according to a statement posted on the pack’s website.

Under BSA policy, gay people are prohibited from being scouts or serving as leaders, putting Pack 442’s policy at odds with the parent organization. 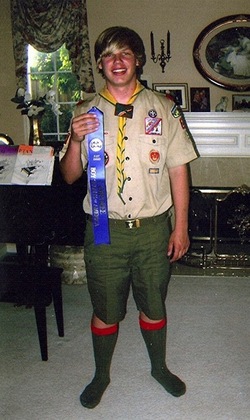 Meanwhile, NBC News reported today that the BSA ban on gay members and leaders may be comging to an end with the national board considering repealing it. The ban, long a source of controversy, made headlines after San Francisco-area Scout Ryan Andresen was denied Eagle rank because he is gay, and Jennifer Tyrell, an Ohio den mother of her son’s Tiger Cub pack, was dismissed because she is a lesbian.

According to NBC News, BSA’s board of directors is considering a policy that would eliminate the ban from the national organization’s rules, leaving local sponsoring organizations to decide their own policies, as Pack 442 did when its member families “overwhelmingly approved” the nondiscrimination policy in August 2012.

NBC News reports that the change, if approved, could be announced as early as next week. The national organization previously decided to uphold the ban in July, with the executive board calling it “the best policy” for the organization. But Scout officials say that grassroots actions by local chapters, like Pack 442, are part of the reason the organization is re-evaluating the existing ban.

For now, Pack 442 has – at least temporarily – rescinded its nondiscrimination policy in order to re-charter. The pack posted a poll on its website last week that asked members whether to keep the policy and risk losing their charter, or to return to a “Don’t Ask, Don’t Tell” sort of policy that would welcome all families so long as they do not disclose their sexual orientation.

John Riley is the local news reporter for Metro Weekly. He can be reached at jriley@metroweekly.com
← Previous Story Obama calls on LGBT-rights movement to “keep marching together”
Next Story → Boy Scouts to consider ending national gay ban