By Justin Snow on February 7, 2013 @JustinCSnow

Indiana lawmakers postponed a vote today on a constitutional amendment that would ban same-sex marriage in the state until next year, The Indianapolis Star reports. 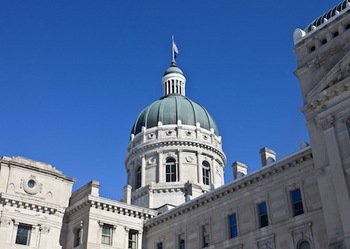 Senate President Pro Tem David Long and House Speaker Brian Bosma, both Republicans, said they would delay a vote on a proposed ban that would amend the state’s constituion to ban the right of same-sex couples to marry until after the Supreme Court rules on two cases regarding the issue.

“I think it’s inadvisable to move forward with the United States Supreme Court having the question before it,” Bosma said last week, according to The Indianapolis Star.

According to the newspaper, “The General Assembly overwhelmingly approved the proposed amendment, which also bans civil unions or anything similar to marriage, in 2011. They must vote on it again this year or next year to send it to the voters in the 2014 general election for final approval.”

With those questions before the high court, politicians, many whom wish not to be on the wrong side of history, are treading carefully on the issue of marriage equality.

The announcement was applauded by advocates working in the state, who said it was not necessarily a win but has provided them with more time to lobby lawmakers and voters.

“We continue to believe the spirit of this amendment runs counter to our shared Hoosier values of kindness and equality,” said Indiana Equality Action Executive Director Rick Sutton in a statement. “A delay is by no means a win, but we believe we are headed in a better direction, and Indiana is stronger when we all move forward together.”

“This announcement gives the people of Indiana some much-needed time to have important conversations about marriage and freedom,” added Marc Solomon, national campaign director at Freedom to Marry. “As they do, we are confident that lawmakers of both parties will recognize that permanently eliminating the freedom to marry in the state constitution is wrong for Indiana’s families.”

Arguments on the two cases before the Supreme Court are scheduled to begin next month.