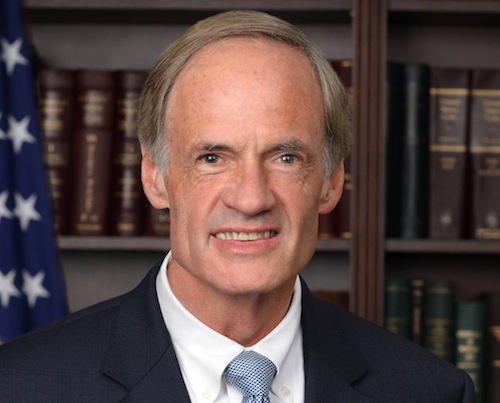 The flood continued Tuesday as Democratic Sen. Tom Carper endorsed the right of same-sex couples to marry in a statement posted on his Facebook page.

As our society has changed and evolved, so too has the public’s opinion on gay marriage – and so has mine. I pray every day for God to grant me the wisdom to do what is right. Through my prayers and conversations with my family and countless friends and Delawareans, I’ve been reminded of the power of one of my core values: the Golden Rule. It calls on us to treat others as we want to be treated. That means, to me, that all Americans ultimately should be free to marry the people they love and intend to share their lives with, regardless of their sexual orientation, and that’s why today, after a great deal of soul searching, I’m endorsing marriage equality.

Carper’s endorsement is particularly important as Delaware considers same-sex marriage legislation. Although a marriage-equality bill has not yet been introduced, the state Legislature is expected to consider such legislation this year.