Shawn Thomas is in a personal state of election fatigue.

”For the past seven years, it’s felt like we’re in a constant, perpetual state of election,” he says. ”You hear about it so much, you become immune to it. And then you forget about it.”

Thomas, a self-identified ”undecided gay voter” ahead of the April 23 special election for an at-large seat on the D.C. Council, says several of his friends have expressed similar sentiments.

”It’s sad. I should be more involved, know more about this stuff, but I don’t,” Thomas says. ”You’ll tell people, ‘Hey, there’s an election coming up,’ and nobody really cares. Nobody feels it makes a difference.”

The April 23 election features six candidates vying to fill the remainder of the term for the seat formerly held by Council Chairman Phil Mendelson (D). Following Mendelson’s ascension to chairman after former Chairman Kwame Brown (D) stepped down to plead guilty to a felony charge of bank fraud and a separate charge of violating District campaign-finance laws, the D.C. Democratic State Committee named its chairwoman, Anita Bonds, as a temporary replacement.

Even with six candidates, many LGBT District residents tell Metro Weekly that none have distinguished themselves from the others.

Frumin earned the highest score, a 7 on a scale of -10 to 10, among the candidates for his responses to a questionnaire from the Gay and Lesbian Activists Alliance (GLAA). But Bonds, Silverman, Redd and Mara all ranked closely behind, earning between 5 and 6.5. Silverman and Bonds both got substantial support at the endorsement forum of the Gertrude Stein Democratic Club, the city’s largest LGBT political group, but neither won the 60 percent of the votes needed to secure an endorsement from the group. Mara, the only Republican candidate – in vastly Democratic D.C. – and a supporter of LGBT rights, has been endorsed by the D.C. chapter of the Log Cabin Republicans, an LGBT group.

Thomas is skeptical when he talks about District politicians, particularly in light of recent scandals involving councilmembers. Aside from Kwame Brown, Councilmember Harry Thomas Jr. (D-Ward 5) was forced to step down last year, and Councilmember Jim Graham (D-Ward 1) was reprimanded by his colleagues in February following allegations of intervening on behalf of a campaign contributor on a city contract. Graham has denied any wrongdoing.

”I always try to research: ‘Do they have a scandal in their past? What was it?”’ Thomas says of preparing for D.C. Council elections. ”There’s so much corruption, and everyone in D.C. talks a good game about how they care about LGBT rights, or development, or other issues, but in the end it’s all about lining their pockets. Are any of these people going to do anything?”

Thomas says that because all the candidates are generally pro-gay, he’s largely basing his decision on which candidate is best for development, where he prefers those who aim to foster small businesses and focus on neighborhood improvement, public transportation and an ability to serve as a check on the power of Mayor Vincent Gray (D), whom he disagrees with politically, even though he is a registered Democrat.

Based just on a preliminary browsing of the candidates’ campaign websites, Thomas says the one who sticks out to him is Frumin, whom he describes as the most articulate in communicating his policy positions. Still, he remains undecided.

Unlike Thomas, Gay nightlife booster Mark Lee, a lifelong registered Democrat living in the Logan Circle neighborhood, has made up his mind. He recently penned a commentary piece in The Washington Blade supporting the Republican Mara.

”We have the great luxury in the District of having the knowledge that candidates for office will be supportive of LGBT rights,” Lee says. ”Consequently, we have the freedom to evaluate the candidates on other issues.”

While Lee praises Mara as one of the first political candidates to support marriage equality in his 2008 primary win over Councilmember Carol Schwartz (R-At Large), and notes that Mara carried many ”gay-dominant” precincts in his narrow loss to Councilmember Vincent Orange (D-At Large) in a 2011 special election, Lee places more emphasis on Mara’s ability to be a change agent who can bring reform to ”a city government rocked by ethical lapses and scandal.”

Lee also says that Mara would foster a more business-friendly climate that would aid small business owners, entrepreneurs and members of the city’s creative class – which includes many members of the District’s LGBT community – in becoming more profitable. 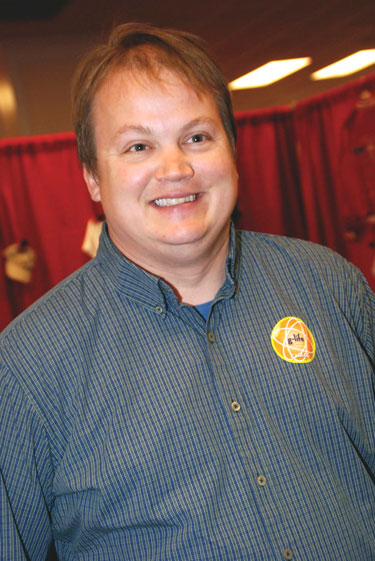 ”As a practical matter, it’s going to boil down to Bonds versus Mara,” Lee says. ”The question is: Are we going to elect the ‘business as usual’ candidate again, or are our voters going to seize the opportunity to represent reform and a diversity of views on the Council?”

Lee also says the Bonds campaign and several high-profile people with ties to Bonds have sent out emails to supporters or published op-eds attacking Mara and even the papers that have endorsed him, such as The Washington Post, The Washington Examiner and The Current, because Mara poses the greatest threat to Bonds’s campaign.

Similar discussions occurred on Facebook Tuesday, with several prominent local LGBT activists heatedly debating whether Mara’s support of and role as a delegate for 2012 Republican presidential nominee Mitt Romney, who supported a constitutional amendment banning same-sex marriage, would have harmed progress made in recent years on LGBT rights.

”I think it’s very clear why the Bonds campaign is attacking Mara and attempting to nationalize the election by portraying him as a monster, in terms of his political affiliation,” Lee says, dismissing Mara’s critics. ”They’re attempting to link him to the national Republican Party. But that shit ain’t selling. There’s no danger of Newt Gingrich landing on the doorstep and taking over the city.”

Bonds supporters are similarly enthusiastic in their support of their incumbent candidate.

Christopher Dyer, a local activist and former head of the Office of GLBT Affairs under Mayor Adrian Fenty (D), says many are trying to unfairly link Bonds to her past dealings as campaign manager and legal advisor to former mayor and current Councilmember Marion Barry (D-Ward 8), noting that one of Bonds’s first actions on the D.C. Council was to vote against Barry and Graham in order to keep in place a plan that penalizes families receiving welfare benefits if they do not comply with the program’s requirements.

”I am the least likely to support an establishment candidate,” says Dyer. ”But I got to meet Anita. She’s an incredibly nice person, and much more than what people are trying to make her out to be.”