As we push for equality at home, others need our help abroad

When you think of the ongoing battle for lesbian, gay, bi-sexual, transgender, intersex (LGBTI) rights, which activists stand out in your mind?

My guess is that Noxolo Nogwaza was not the first person you considered, and I’d be surprised if you’ve even heard of her. But in South Africa, where the fight for acceptance and equality is an ongoing battle, she is a tragic and inspirational symbol. 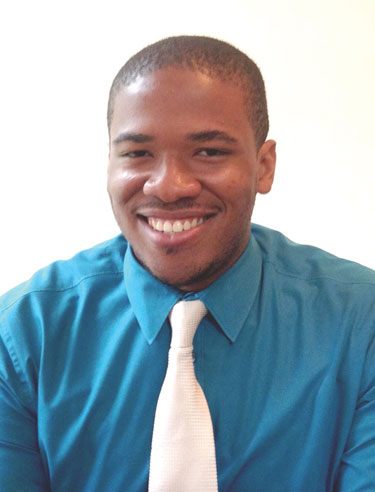 Noxolo was a 24-year-old black South African lesbian and an LGBTI rights activist who was brutally beaten and stabbed to death in 2011. No progress has been made in investigating her murder and Noxolo’s killer(s) have not been arrested or brought to justice.

Noxolo was aware of the risks of living openly as a lesbian woman, but lived a full and assertive life anyway. She was a mother, soccer fan, and activist with the Ekurhuleni Pride Organizing Committee, an organization that aims to empower and inform LGBTI people and combat hate crimes.

She chose activism despite knowing homophobia and hate crimes against LGBTI individuals are common in South Africa. Taunts, insults and threats are a constant reality and are so common that many LGBTI people do not even recognize them as a form of violence. Sexual assault and other physical attacks against LGBTI people are also frighteningly common and, in the last five years, there have been at least 10 cases reported of rape followed by murder of LGBTI individuals in South African townships.

I first learned about Noxolo’s life and death last year when Amnesty International highlighted her case in their global letter-writing campaign Write for Rights. It was not long after I came out to both my family and myself. At the time, I was a vocal activist for immigration reform. As an undocumented American, immigration and access to education are personal issues, and I was inspired to advocate for Maryland’s Dream Act. It came easily and naturally to me.

That activism led to a desire to engage in human rights issues more broadly, including LGBTI rights. Though I was initially hindered by inhibitions around my newly acknowledged sexual identity, as I became more comfortable with myself, I became more determined in my activism. Today, I view it as my right and responsibility because the truth is that while far from perfect, there has never been a better time to be openly gay in the United States.

Many in the U.S. LGBTI community still face prejudice and worse, but I feel truly privileged to have the support of my friends and family. Through my activism I aim to emphasize how important it is for LGBTI activists in the U.S. and around the world to be cognizant of what challenges others face in their activism. We must take the opportunity to act when we can to ensure that their voices are heard.

In Cameroon, for example, people are still arrested under the law criminalizing ”sexual relations with a person of the same sex.”

In South Africa, the brutal assault and murder of Noxolo and others is made far worse by the apparent indifference shown by police, who still have not investigated her murder. While the country does have constitutional and other legal protections for LGBTI people, there is an unfortunate disconnect between a progressive law on LGBTI issues and access to justice on the ground.

I hear about these things, and I am shocked. In my life as a gay man of color and as an activist, I have seldom faced an extremely hostile environment where I seriously feared for my safety. I think of Noxolo, and I am disconcerted by the fact that such injustices still exist in the world. It is my responsibility – and yours – to fight for LGBTI people everywhere, because it is our duty as citizens of this world.

Jonathan Jayes Green is a student at Goucher College in Baltimore and a volunteer activist with Amnesty International USA.