The momentum felt in recent months by supporters of marriage equality screeched to a halt Friday after the Illinois House of Representatives ran out of time in their scheduled legislative session and failed to vote on bill that would have allowed same-sex couples in the Prairie State access to state marriage licenses. 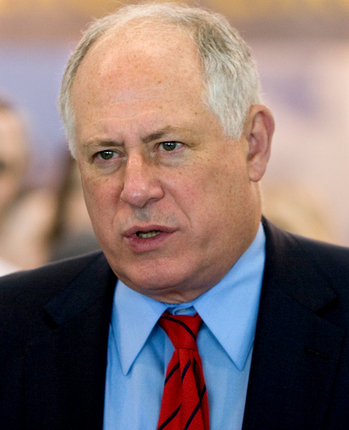 Advocates had hoped that Illinois would become the fourth state in the past month, on the heels of victories in Rhode Island, Delaware and Minnesota, to expand civil marriage rights to same-sex couples, but the measure failed to garner enough support for House Speaker Michael Madigan to call for a vote.

The failure of the marriage-equality bill, which had previously passed the Illinois Senate by a 34-21 vote on Valentine’s Day, marks a defeat not only for supporters, but a political embarrassment for Gov. Pat Quinn (D), who had counted it as one of his legislative priorities for the year; and President Barack Obama, who had urged lawmakers in his home state to pass the bill while speaking at a Chicago fundraiser Wednesday night, saying he was “absolutely convinced it is the right thing to do.”

Despite easily passing the Senate, being shepherded through the Legislature by Madigan and Senate President John Cullerton, both Democrats who support marriage equality, and assertions by lead sponsor Rep. Greg Harris (D-Chicago) that he had the votes needed to pass it, the bill encountered fierce opposition in the House, particularly among socially conservative African-American, Hispanic and white Democrats from the greater Chicago area; and among Republicans, who largely opposed the bill.

The bill was further delayed by a number of contentious debates and votes in the final two days of the House session that were related to school funding, elections, fracking, concealed carry and, most specifically, the failure of the General Assembly to pass comprehensive pension reform.

As the session drew to a close, Harris took to the floor, he talked of the widespread support for the bill, but acknowledged he did not have the votes to pass the marriage equality bill. He said several of his colleagues asked for more time to go back to their districts and talk with constituents about the issue. He claimed several lawmakers had promised to come back when the General Assembly reconvenes in November and had pledged their support for the bill.

The bulk of the bill’s support came from the greater Chicago area, including the five suburban “collar counties”– DuPage, Kane, Lake, McHenry and Will – that were once Republican strongholds, but in recent years have become the “swing” part of the state that typically determines the outcome of statewide elections. Most “downstate” legislators, or those living in the mostly rural areas south of I-80, were largely opposed to the bill.

Former Illinois GOP Chair Pat Brady previously expressed support for the marriage-equality legislation, but was forced to resign his chairmanship May 7 after members of the Republican State Central Committee and a number of conservative legislators spearheaded an effort to oust him from the position. State Rep. Ron Sandack (R-Downers Grove), a suburban Chicago Republican who had sought to replace Brady as chairman,withdrew his name from consideration after also expressing support for marriage equality.

The controversy surrounding Brady and Sandack exposed GOP rifts between hardline social conservatives and moderate Republicans with generally gay-friendly stances who have been elected in the Democratic-learning state, including former Gov. Jim Thompson and current U.S. Sen. Mark Kirk, one of two GOP senators to publicly back same-sex marriage. 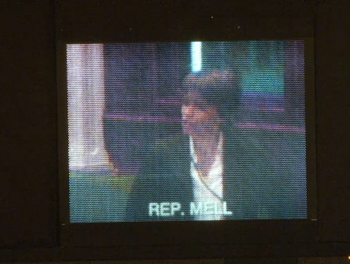 Following Harris’s speech, out lesbian Rep. Deb Mell (D-Chicago), who legally married her wife in Iowa, took to the floor to speak about personal details of her marriage, including the support from her wife throughout her battle with breast cancer.

“I hope that by telling you these personal details of our marriage, you will realize that we are more alike than we are different,” Mell said, pleading with her fellow lawmakers to vote in favor of marriage equality when the House reconvenes in November and telling them not to side with people who claim she and her spouse are “evil.”

Following the adjournment of the House, the leaders of the state’s pro-marriage equality coalition, Illinois Unites for Marriage, sent supporters an email titled “We aren’t going anywhere,” in which they vowed to keep organizing until the marriage equality becomes law.

“We’re disappointed, and quite frankly, we’re shocked,” the leaders said in the email. “We never thought our state lawmakers would stand in the way of moving Illinois forward – not with the coalition we built, the national momentum we’ve seen, the incredible grassroots power we’ve generated. What happened today hurts. But we can promise you this – we’re not going anywhere. The fight for marriage equality in Illinois is delayed, but absolutely not deterred.”

The nation’s largest LGBT rights group, the Human Rights Campaign (HRC), and the national pro-marriage organization Freedom to Marry both issued statements blasting the failure of the Illinois House to vote on the marriage-equality bill.

“The House of Representatives has neglected the rights of its constituents by failing to vote on marriage equality legislation,” HRC President Chad Griffin said in a statement. “For months, LGBT couples and their children have had their lives put on hold throughout an exhaustive political process that ultimately came up short. Today’s inaction is a prime example of why the U.S. Supreme Court must rule in favor of full marriage equality nationwide to ensure the security and welfare of these and countless other American families aren’t left to chance in future political battles.”

“After an overwhelming victory in the Senate, today’s failue by the Illinois House is a disgrace, especially for the thousands of committed same-sex couples who want and deserve to make the ultimate vow before their friends and family and spend the rest of their lives with the person, the love, protected and supported by marriage,” Marc Solomon, the national campaign director for Freedom to Marry, said in a statement. “Make no mistake, we will fight and make our case until all Illinois families have the freedom to marry the person they love and until the legislative vote reflects the solid majority of Illinoisans and Americans who stand for treating their neighbors the way they want to be treated.”

Illinois was the last state on the 2013 target list for marriage-equality supporters. New Jersey legislators are still trying to find the votes to override a veto by Gov. Chris Christie (R) of a marriage-equality bill that passed in February 2012. They have until January 2014 to do so.

Photo 2: As seen on the voting board, out lesbian Rep. Deb Mell (D-Chicago) speaks following the announcement that the vote on the marriage equality bill will not be voted upon (video stream courtesy of Illinois General Assembly).]