As promised, Sen. Patrick Leahy (D-Vt.), the chairman of the Judiciary Committee, filed two amendments today that would amend the Senate’s immigration-reform bill to extend protections to binational same-sex couples. 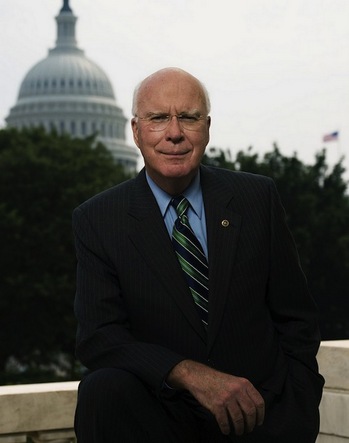 “For immigration reform to be truly comprehensive, it must include protections for all families,” Leahy said in a statement. “We must end the discrimination that gay and lesbian families face in our immigration law.”

Senate Republicans, including some of those who are members of the bipartisan “gang of eight” who drafted the Senate bill, have threatened to derail immigration reform over inclusion of same-sex couples. Advocates, however, have blasted such threats.

“If they end up doing that, they should just own it and call it what it is: homophobia,” the Human Rights Campaign said in a fiery statement today that also chronicled the momentum for equality in recent years. “Labeling the inclusion of bi-national couples in the immigration bill as toxic is nothing more than a tired, insulting ruse designed to distract attention from their own failure to represent all Americans.”

Advocates have indicated that they expect the Judiciary Committee to consider Leahy’s amendments next week.