“The Wii U is crap” tweets EA engineer

Things aren’t going well for Nintendo. After announcing less-than-stellar sales of their Wii U console, the follow-up to the massively successful Wii, they were dealt another blow by gaming giant EA, with spokesperson Jeff Brown telling Kotaku that the company has “no games in development for the Wii U currently.” Ouch. It’s a crippling blow to the fledgling console, with EA releasing only a handful of games including Mass Effect, Need For Speed, and Madden — skipping the Wii U entirely for Dead Space 3, EA’s biggest release of the year so far.

Now, though, a senior EA software engineer has taken to Twitter to voice a more, ahem, personal opinion of Nintendo’s console. Slating the console’s power, Nintendo’s operations and the profitability of releases on Nintendo hardware, it’s a rather damning view of what Nintendo was expecting to be their next big home console. 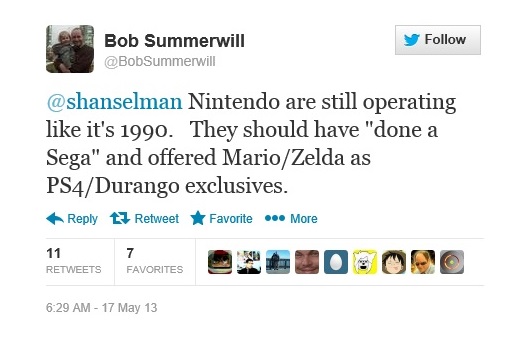 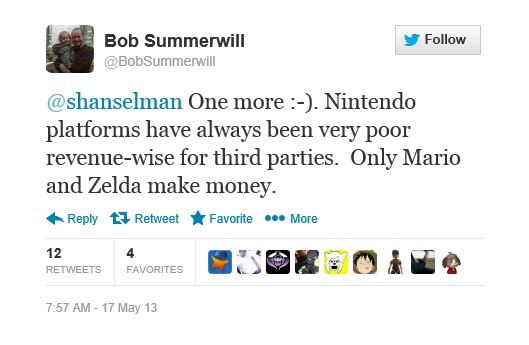 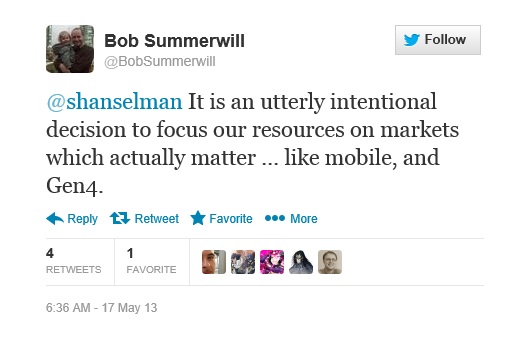 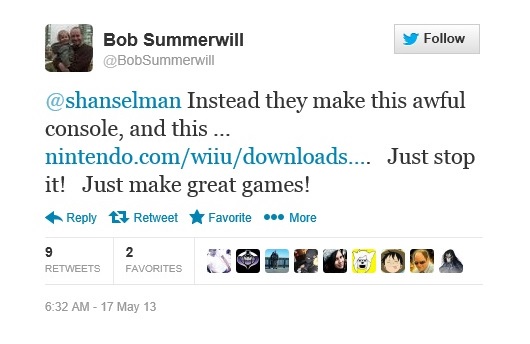