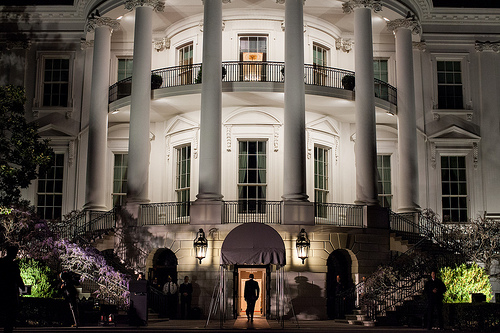 It was more than a year ago, in April 2012, that leaders from some of the nation’s largest LGBT-rights organizations sat down for a meeting at the White House. In attendance was White House senior adviser Valerie Jarrett, who told them that President Barack Obama would not sign an executive order prohibiting federal contractors from LGBT workplace discrimination.

The news was a major and unexpected blow that came after weeks of speculation that the president would make good on his 2008 campaign promise to sign such an executive order, which would protect about 20 percent of the civilian workforce.

Among the consolations made to advocates in the room that day was news that a study would be conducted on LGBT workplace discrimination, possibly led by the Council of Economic Advisors, and released with the White House’s seal of approval. Advocates insisted the study was unnecessary and that plenty of data already existed. Winnie Stachelberg, executive vice president for external affairs at the Center for American Progress, was among those in the meeting and described announcement of the study as “confounding and disappointing.”

“The LGBT community of organizations working on this issue — not just HRC — told the White House that it had all of the research it needed and that any further research or studies was just kicking the can down the road,” HRC Vice President Fred Sainz recalled Tuesday in an email to Metro Weekly.

But while White House spokesman Shin Inouye confirmed to Metro Weekly last month that the administration continues to study the issue, more than a year later no study has been released and the White House is revealing few details.

Speaking to reporters Tuesday afternoon, White House press secretary Jay Carney offered no updates or details on the reported study, instead repeating, much as he has for the past year, the president’s continued support of the Employment Non-Discrimination Act (ENDA).

“I don’t have any updated status on that for you,” Carney said in response to questioning from Metro Weekly. “I think that the president’s record on support for LGBT rights is significant and well known. The president believes the right approach to this problem is an inclusive piece of legislation and that’s the approach that we’re taking. It was the approach we took with repeal of ‘Don’t Ask, Don’t Tell’ and we continue to support this effort. We welcome Chairman [Tom] Harkin’s steps in the direction of holding a vote on this. So that’s the position we think is right, strategically, when it comes to making this happen.” 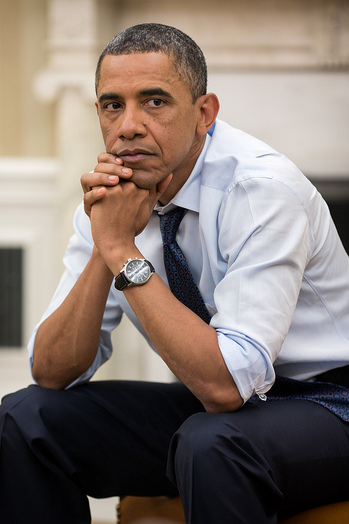 Carney’s statements Tuesday have only added to frustration with a White House that otherwise has “done virtually everything right,” as Sainz put it. But continued inaction by the White House to address the executive order – which almost all supporters of ENDA universally agree would build momentum for a piece of legislation that has been stalled in Congress for decades, and would add antidiscrimination protections for some immediately – has disappointed advocates who look to Obama as the strongest LGBT ally to ever occupy the White House.

“We can’t wrap our minds around why the White House won’t issue the EO. It’s just mind-boggling. This is a White House that has done virtually everything right,” said Sainz. “This President has shown tremendous leadership and advanced equality in historic and unprecedented ways. With that perspective, it’s very frustrating and hard to understand why they are unwilling to take this opportunity to protect as many LGBT people as possible from the prospects of workplace discrimination.”

Much as Metro Weekly noted last week, Sainz said Obama’s signature would force a company like ExxonMobil, which is one of the federal government’s top contractors and received $505 million taxpayer dollars in contracts in 2012, to adopt an LGBT nondiscrimination policy. On May 29 during their annual meeting in Dallas, ExxonMobil shareholders voted overwhelmingly, for the 14th consecutive year, to reject a resolution to adopt such a policy.

Advocates insist delay on the executive order, let alone a study of LGBT workplace discrimination, is baffling. “All of the data is out there on this issue,” said Rea Carey, executive director of the National Gay and Lesbian Task Force.

“At the White House meeting last year, HRC’s Joe Solmonese did a particularly strong job pushing back on the idea floated by Valerie Jarrett, Ceclia Munoz and John Berry that the White House or some other federal agency might possibly launch a study about LGBT workplace discrimination rather than the president signing the long-stalled executive order at that time,” recalled Tico Almeida, president of Freedom to Work, referring the HRC’s president at the time. “I’m proud that all of us in the White House meeting presented a united front and rejected the need to waste taxpayer money on some unnecessary government study. There’s no need to delay this any longer.”

Since last year, 37 senators, 110 members of Congress and 54 progressive organizations have signed on to letters calling for Obama to sign the executive order. However, the White House hasn’t budged, instead referring to what was a very real executive order a year ago to a “hypothetical” executive order when asked about it now.

Among those senators who have pushed the president to act is Sen. Jeff Merkley (D-Ore.), the lead sponsor of ENDA in the Senate. Speaking Tuesday at a Center for American Progress event unveiling a new report that shows the hardships the nation’s estimated 5.4 million LGBT workers face, Merkley said he will continue to encourage Obama to act.

“I do feel it is completely compatible with the legislative route,” Merkley said of the executive order. “I feel the more that you have in place examples of nondiscrimination working, the more you take away the excuses from anyone who might argue it’s unworkable at some level. But it has been the president’s decision as of now to wait and see what happens on the legislative front.”

Sen. Tom Harkin (D-Iowa), who is chair of the Senate Health, Education, Labor and Pensions Committee, is expected to call for a markup of ENDA later this summer and, according to Merkley, 17 years after the last Senate vote on ENDA, “We will this year pass employment nondiscrimination in the U.S. Senate.”

Meanwhile, with ENDA’s uncertain future in the House of Representatives, pressure on Obama will continue as long as he holds the power to end discrimination today, with the White House’s lackluster response to questions about a study few wanted only fueling advocates’ frustration and perhaps also their resolve.

“This President is rightly held to a higher standard,” said Sainz. “He can and should sign the EO immediately.”