Annual parade and festival celebrate LGBT people and allies, along with a show-stopping proposal

For the tens of thousands of D.C.-area residents and out-of-town visitors who flocked to Washington over the past weekend, the 38th annual Capital Pride celebration provided multiple opportunities to celebrate LGBT identity. For one lucky couple it also offered the perfect opportunity to affirm a lifelong commitment. 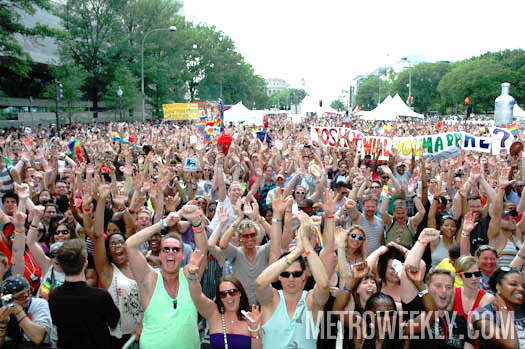 Engagements aside, Capital Pride also offered plenty of opportunities to cheer local politicians, dancers and others – from celebrities to community stalwarts – as Saturday’s parade passed through the streets of the city’s historically gay Dupont Circle and Logan Circle neighborhoods. The Sunday festival followed with music headliners and rows of booths touting local businesses, organizations and social clubs along Pennsylvania Avenue NW between 3rd and 7th Streets NW.

At one of those booths, manned by Mike Antonelli, the goal was signing up attendees for OutCamping, a local LGBT camping club that hosts regular outings in the Shenandoah Valley. Antonelli was particularly pushing ”FAB Fest,” the group’s annual kickoff party.

”FAB Fest is what we want people to come out for,” Antonelli said, proud that the club has a 90 percent return rate among those who attend a camping trip. ”FAB Fest is social networking in the woods. It’s a way to meet someone without the bar. It’s why this group was started.”

A few hundred feet away, perched on a small loveseat, dressed in a pink tutu and crown, was Capital Pride visitor Juno, who declined to give a last name, but who expressed a sentiment similar to Antonelli’s. Juno, a native of Southeast Washington, said he was about to come out of the closet to family and friends as LGBT and had decided to forge ahead by joining the festivities and expressing his newfound identity.

”What brought me to Pride? Beautiful people, drag performances, the general atmosphere, just pure concentrated love and awesomeness in one place,” Juno said of the sense of camaraderie among those at the festival. ”I always knew [Capital Pride] was big, but to see an ocean of people here, especially straight allies, was just something I did not see coming at all.”

On the other side of the festival, dressed in a light-blue Speedo, superhero-style cape, sandals and a giant pair of blue wings was Randy Snight, playing a ”fairy” to call attention to Synetic Theater’s upcoming production of A Midsummer Night’s Dream, set to run from July 18 to Aug. 4. As people jostled for position to take their picture with Snight, he said Synetic’s marketing seemed to be working.

”We’ve received only positive feedback,” he told Metro Weekly. ”Everybody is so nice and welcoming here.”

For Craig Cabrera, Sunday’s festival marked his very first Capital Pride celebration. Flanked by friends, he tried to explain his reflections on the annual celebration with Metro Weekly.

”I think it’s great, because we celebrate not only the diversity in our community, but also the fact that we’re all born this way and it’s not a choice,” Cabrera said. ”It’s a great way to show who you are.” 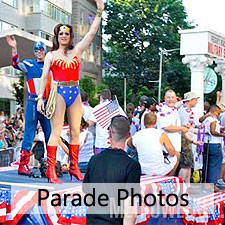 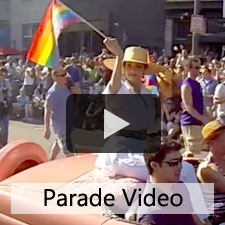 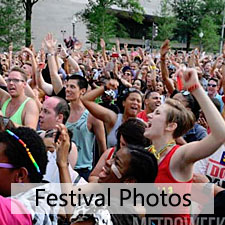 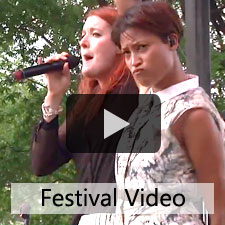 John Riley is the local news reporter for Metro Weekly. He can be reached at jriley@metroweekly.com
← Previous Story Super Pride
Next Story → Nats Park Pride