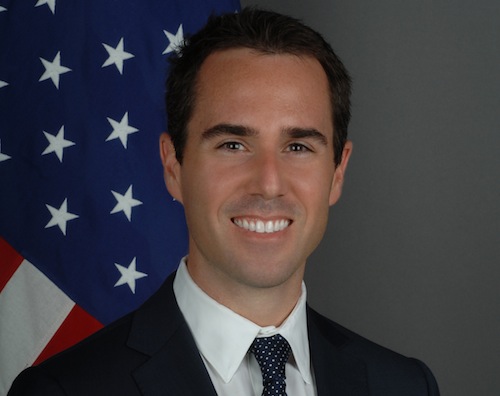 The White House announced Monday President Barack Obama’s intent to nominate Daniel Baer as the next ambassador to the Organization for Security and Cooperation in Europe (OSCE), who, if confirmed, would become the fourth out LGBT person to serve as a U.S. ambassador and the first to do so for a multilateral institution.

“These men and women have demonstrated knowledge and dedication throughout their careers. I am grateful they have chosen to take on these important roles, and I look forward to working with them in the months and years to come,” Obama said in a statement announcing Baer’s nomination, along with the nominations of several others.

The OSCE is the world’s largest international governmental organization with 57 participating countries focused on security issues, including crisis management and conflict prevention.

Baer joined the Obama administration in 2009 and currently serves as deputy assistant secretary in the Bureau of Democracy, Human Rights, and Labor at the Department of State. A graduate of Harvard University and Oxford University, Baer previously taught at the McDonough School of Business at Georgetown University and was a faculty fellow in the Edmond J. Safra Foundation Center for Ethics at Harvard University.

The Washington Post reports Baer is one of as many as five out ambassadors Obama is expected to nominate in coming weeks.

According to Chad Griffin, president of the Human Rights Campaign, Baer is the right pick for the job.

“Deputy Assistant Secretary Baer has led a distinguished career of public service, both at home and abroad,” Griffin said in a statement. “Over the last few years at the Department of State, Daniel has worked tirelessly to promote democracy and human rights in every corner of the globe, helping to secure and protect the freedoms of the world’s most vulnerable communities. This, paired with his years of global business experience, makes him an outstanding choice to be our nation’s next Ambassador to the Organization for Security and Cooperation in Europe.”

Earlier this month, Secretary of State John Kerry marked LGBT Pride month by stating that protecting universal human rights is at the “very heart of our diplomacy.”

“LGBT persons must be free to exercise their human rights—including freedom of expression, freedom of religion and freedom of assembly and association—without fear of reprisal,” Kerry said. “Human rights and fundamental freedoms belong to all individuals, regardless of their sexual orientation or gender identity.”

[Photo: Daniel Baer (Courtesy of the U.S. Department of State)]