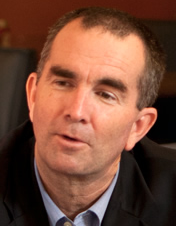 According to results from the Virginia Public Access Project, Northam defeated Aneesh Chopra, former chief technology officer for the United States under President Barack Obama and Virginia secretary of technology from 2006 to 2009, by a margin of 54-46 in the lieutenant governor’s race. Northam found greatest support in Southwest Virginia, the Shenandoah Valley, the Tidewater region and Norfolk area, and stronger-than-expected showings in Northern Virginia.

In the attorney general’s race, Herring won a much narrower 52-48 victory over Justin Fairfax, a former federal proseuctor for the Eastern District of Virginia. Herring won throughout the southwestern and central parts of the state and performed well in Northern Virginia.

Northam and Herring, both of whom earned perfect scores of 100 on Equality Virginia’s 2012 and 2013 legislative scorecards for their records on LGBT issues, will appear on the ballot with Democratic gubernatorial nominee Terry McAuliffe in November, where they will face off against a slate of Republicans who are opposed to LGBT rights: current attorney general and gubernatorial candidate Ken Cuccinelli; lieutenant governor nominee E.W. Jackson, a conservative minister from Chesapeake; and Sen. Mark Obenshain (R-Harrisonburg, Rockingham, Rappahannock, Page, Shenandoah and Warren counties), who is running for attorney general. The statewide GOP slate was chosen at a May 18 convention.

While the state Senate is not up for re-election until 2015, voters also chose party nominees for 100 seats in the state’s House of Delegates, potentially setting up the possibility of a much more conservative House of Delegates following November’s election. Fifty-four of the delegates – two Republicans and 22 Democrats – re running uncontested in November, meaning control of the House will hinge on the results of the remaining 46 races.

In total, there were 11 primaries for House seats, seven of which featured incumbents. On the Democratic side, Del. Algie Howell (D-Norfolk, Virginia Beach) easily defeated Rick James by a 68-32 margin, while Del. Rosalyn Dance (D-Petersburg, Hopewell, Chesterfield, Dinwiddie and Prince George counties) beat back a strong challenge from Evandra Thompson, winning 53-47. Both Howell and Dance are longtime LGBT allies who signed on as co-patrons of a failed bill that would have repealed Virginia’s ban on same-sex marriage. Both are running unopposed in November. 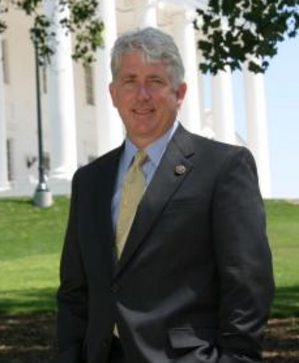 On the Republican side, five incumbents, including House Speaker Bill Howell, faced primary challengers. Howell and three committee chairs – Bobby Orrock (R-Caroline, Spotsylvania counties), Beverly Sherwood (R-Winchester, Frederick, Warren counties) amd Joe May (R-Loudoun, Clarke, Frederick counties) – were challenged because of their votes for a transportation-funding package that raised taxes and a provision in the state’s amended budget that could allow for a potential expansion of Medicaid under the Affordable Care Act. Howell and Orrock survived their challenges by margins of 91-9 and 57-43, respectively, but Sherwood lost to challenger Mark Berg, 49-51, and May lost to challenger Dave LaRock by a 57-43 margin. The fifth Republican with a primary challenge, anti-tax conservative Del. Todd Gilbert, easily defeated his opponent, 92-8.

Sherwood, Purkey, Iaquinto and Tata all earned a score of 50 on Equality Virginia Advocates’ 2013 legislative scorecard – placing them among the top half of the 68-member Republican caucus. While not necessarily gay-friendly, they are among a dwindling number of Republicans who are not openly hostile to LGBT people based on their records on LGBT issues, including voting to confirm the commonwealth’s first openly gay judge, Tracy Thorne-Begland, in January.

Because Democrats only fielded candidates in 65 seats, Berg, who defeated Sherwood; Jeff Campbell, who will replace Crockett-Stark; and Les Adams, replacing Merricks, will face no opposition in November and will be elected to next year’s Legislature.

Kevin Clay, a spokesman for Equality Virginia Advocates, told Metro Weekly that the LGBT-rights organization will be sending questionnaires to all House candidates in the coming weeks to determine where they stand on LGBT issues. Those responses will be posted online.

Clay also said that Equality Virginia’s political action committee would be releasing its endorsements for the three major statewide offices next week.

John Riley is the local news reporter for Metro Weekly. He can be reached at jriley@metroweekly.com
← Previous Story Supreme Court’s upcoming decisions could radically change legal landscape for gays – or not
Next Story → At LGBT reception, Obama shares accomplishments and ENDA support, no mention of order