Orson Scott Card pleads for ''tolerance'' of his anti-gay views, but what he really wants is your money

One of my few hard and fast rules of life is ”Always bring a book.” It fills up all those interstitial moments in life spent waiting for others. Given that I rarely venture out of my house without an iPad or a Kindle, these days I’m packing a full library wherever I go.

I’m the type of person who’ll read just about anything, so it’s no surprise that I also believe in reading things I don’t agree with. Although, to be honest, this is more of a general guideline rather than a rule — given the descent into crazy town by much of the right wing since Barack Obama moved into the White House, I’ve felt comfortable reducing my dose of wackadoodle from the once-erudite National Review. 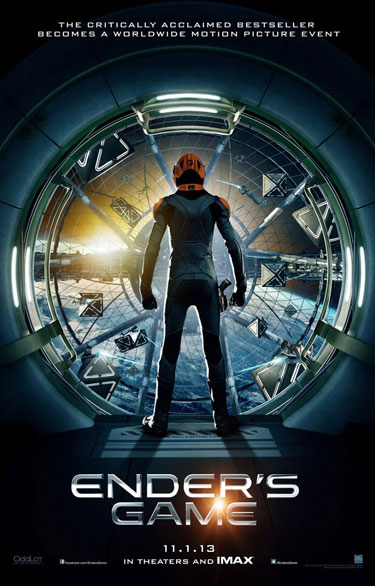 Still, I do try to keep up. That copy of Jonah Goldberg’s Liberal Fascism isn’t on my bookshelf for its literary quality.

That’s political reading, though. When it comes to novels, where I spend the majority of my off-line reading time, I have tried not to pick and choose authors by their political stances. For example, Iain M. Banks, who sadly died far too young last month, was far enough to my political left that he could have been on one of the fantastical planets he wrote about. Yet I’ve devoured his science-fiction novels because they are radically inventive, beautifully written and emotionally compelling.

On the other hand, I don’t bother with the militaristic, fascist fetishism of Tom Clancy and Brad Thor, less because of the politics that bleed through the prose and more because the prose itself bores me. Life is too short to read bad books.

Which brings me to Orson Scott Card. I’ve known his name for decades, ever since I was kid waiting for my monthly box of books from the Science Fiction Book Club to materialize in my mailbox. But I never read him until the early 1990s, when I picked up a battered paperback of his suspense/horror novel Lost Boys.

While I’m not going to go back and re-read the novel in order to fully explain what went wrong with it — the same as I wouldn’t rip off my own toenail to better recount the time a motorcycle fell on my foot — Card’s tale of ghosts and a pedophilic serial killer managed to exude a homophobia that ensured I never picked up another of his books.

It’s not an anti-Mormon thing for me to avoid spending money on the Card oeuvre; I’m actually a fan of Brandon Sanderson, one of the more successful fantasy writers working today and a Mormon who teaches at Brigham Young University. Card just happens to be a special case, in that the antigay vibes I got from his work have long been amplified in his hateful screeds against LGBT rights and his membership on the board of the National Organization for Marriage (NOM).

For years, Card has meant business when it comes to fighting gay rights. But now that the big-budget movie version of his most famous novel, Ender’s Game, is set to hit theaters, it’s just business. Declaring the issue of gay marriage ”moot” (surely a surprise to NOM), he tells Entertainment Weekly, ”Now it will be interesting to see whether the victorious proponents of gay marriage will show tolerance toward those who disagreed with them when the issue was still in dispute.”

You don’t spend decades fighting against equal rights for gays and then expect a ”No harm, no foul” from all the queers you hope will spend money to see your movie. Instead, you expect a full-throated, Dick-Cheney-esque, ”Go fuck yourself.”

Geeks Out is encouraging LGBT people to pledge not to spend money to see Ender’s Game. While it may be my rule to ignore the politics of novelists, every rule has its exception. Card has repeatedly shown he has no need for homosexuals; he shouldn’t have any need for our money, either.