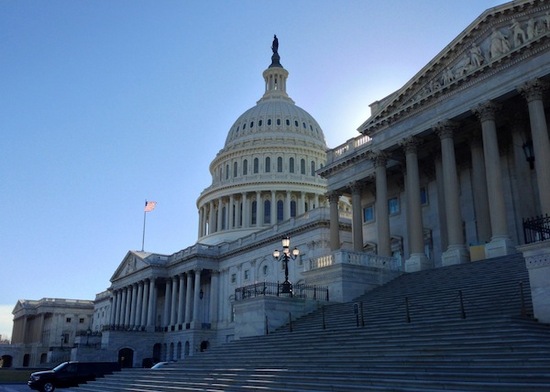 Legislation that would direct Secretary of Defense Chuck Hagel to review and amend the records of veterans discharged due to their sexual orientation was formally introduced in the House of Representatives today.

The Restore Honor to Service Members Act was introduced with 102 co-sponsors today by out Rep. Mark Pocan (D-Wis.) and Rep. Charlie Rangel (D-N.Y.) and would streamline the review process.

“For too long, tens of thousands of men and women who selflessly risked their lives for our country have lived with the dishonorable records that came from the unjust ‘Don’t Ask Don’t Tell’ policy,” said Pocan.

According to the two congressmen, the legislation would impact 114,000 veterans and do more than just update military records to better reflect a post-DADT America. Many gay servicemembers’ discharges issued prior to DADT’s implementation in 1993 were classified as “other than honorable” or “dishonorable,” which is considered a felony is some states.

“Service members receiving a general discharge, a lesser offense, can encounter grave difficulties acquiring civilian employment,” said Pocan during a conference call with reporters. “Depending on the discharge received, service members may also be blocked from voting, unemployment benefits, participating in the GI Bill or receiving veteran benefits such as health care, VA disability, and ceremonial burial rights at military cemeteries. Our legislation ensures that our courageous gay and lesbian veterans no longer live with tarnished records.”

The bill was introduced in the House with the support of just one Republican, Florida Rep. Illeana Ros-Lehtinen, a staunch supporter of LGBT-rights and marriage equality

Pocan and Rangel say they have been in discussions with other Republicans, including the only other Republican member of the House to support marriage equality, Rep. Mark Hanna (N.Y.).

“I really don’t see any partisanship as it realtes to this,” said Rangel. “When it comes to the military I think that’s one of the few areas where that barrier is broken down.”

Added Rangel, “No question we’ll be looking to get White House support as well.”

The White House did not immediately respond to Metro Weekly request for comment on the legislation.