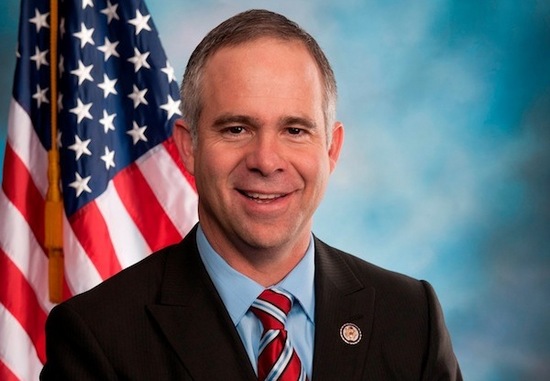 A handful of House Republicans are seeking to amend the U.S. Constitution to ban same-sex marriage just days after the Supreme Court handed down two historic decisions striking down the federal government’s definition of marriage between a man and a woman and returning marriage equality to California.

Rep. Tim Huelskamp (R-Kan.), along with 28 of the House of Representatives’ more anti-gay Republican members, proposed an amendment to the Constitution Friday dubbed the “Marriage Protection Amendment.” The proposed amendment is simple, consisting of just two sentences: “Marriage in the United States shall consist only of the union of a man and a woman. Neither this Constitution, nor the constitution of any State, shall be construed to require that marriage or the legal incidents thereof be conferred upon any union other than the union of a man and a woman.”

“This radical usurpation of legislative and popular authority will not end the debate over marriage in this country. Congress clearly must respond to these bad decisions,” Huelskamp said in a statement announcing his intentions to introduce the proposed amendment last week.

In two separate opinions, the Supreme Court ruled 5-4 on June 27 to strike down Section 3 of the Defense of Marriage Act as a violation of the Constitution and to dismiss the Proposition 8 case on standing, stating that supporters of California’s 2008 same-sex marriage ban did not have jurisdiction to bring the case before the high court. Same-sex weddings resumed in California on Friday following an order from the Ninth Circuit Court of Appeals lifting the stay in the case. Proposition 8 supporters filed an emergency petition with the Supreme Court over the weekend requesting the high court halt marriages in the state, but that petition was rejected.

According to Huelskamp, “Five activist justices have short-circuited the democratic process.”

Although the court’s four liberal justices were joined by swing Justice Anthony Kennedy in the DOMA ruling, the 5-4 decision to dismiss the Proposition 8 case was joined by two conservative members of the court — Chief Justice John Roberts and Justice Antonin Scalia.

The House last voted on a similar constitutional amendment in 2006, when the amendment failed to reach the 290 votes needed for passage with a 236-187 vote. When that amendment was introduced on June 6, 2006, it had nearly 100 cosponsors compared to Huelskamp’s 28.

Huelskamp himself seemed to indicate during a Sunday appearance on Meet the Press that the amendment has little chance of passage. “Our founders made it extraordinarily difficult to amend the Constitution and that’s what we’re going to try to do,” Huelskamp said, adding that same-sex marriage is detrimental to children, despite evidence to the contrary.

As Kennedy wrote in his majority opinion, DOMA “humiliates tens of thousands of children now being raised by same-sex couples” and “instructs all federal officials, and indeed all persons with whom same-sex couples interact, including their own children, that their marriage is less worthy than the marriages of others.”

[Photo: Tim Huelskamp (Courtesy of the U.S. House of Representatives)]