The Color of Space

In the art world, white space – also referred to as a void – is what surrounds an object. In business terms, if your enterprise is the object, the void represents areas of potential growth, also known as white space.

Years ago, you could only read this column in the print version of Metro Weekly, but at some point, the magazine went online, giving it another way to reach its target audience. As the Internet expanded, so have the ways to reach people, so you may have clicked on a link from a referring site, such as Facebook. You could have also landed here after searching “Ernesto Santalla” on a search engine – part ego-trip, part reality. 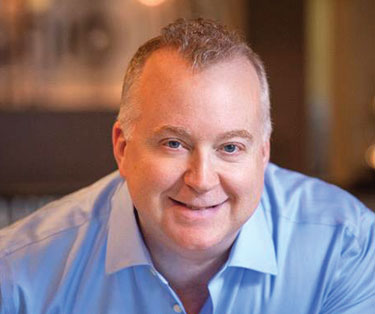 Fashion designers build reputations on runway collections, but the big money is made in ready-to-wear lines and franchise agreements. You could say they sell out, but then again, you have to have a name someone is willing to pay money for to sell it. Calvin Klein’s involvement with underwear design was likely brief, though he is credited for the concept of “designer underwear.”

I’ve worn glasses since I was 8. The statement to be made then was universal: dork. So I couldn’t wait until I could wear contact lenses. Fast-forward to 2013 and we have creativity combined with necessity at L’Occhio, an eyewear boutique owned and developed by Chamber member Richard Grifasi.

Grifasi started his career in optometry in 1990 and opened his first office in 1997. By 2003 he operated three offices in Delaware providing eye care and optical services. Grifasi observed it was at his Lewes office that he found a group of clients who “search for a very high level of service and a top-quality, unique product.”

Entrepreneurial skills kicked in to high gear and Grifasi rebranded his practice from Grifasi Eyecare and Optical to the L’Occhio Eyecare-Eyestyle brand. “My practice evolved into sophisticated high-end style,” he remarks.