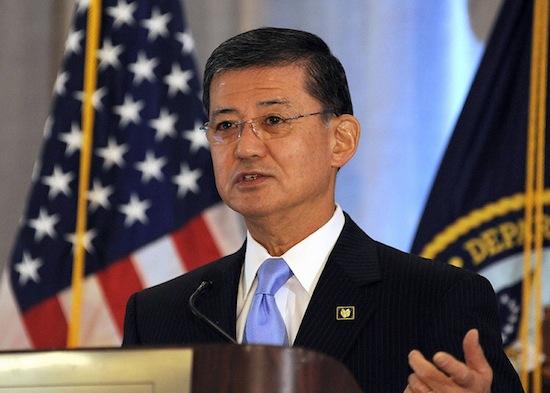 Sen. Jeanne Shaheen will push forward with a bill that would expand federal benefits to same-sex military families after indications from the Department of Veterans Affairs that the legislation is necessary to update portions of United States Code, her office announced yesterday.

Following an inquiry made by the New Hampshire Democrat with the VA after the Supreme Court struck down Section 3 of the Defense of Marriage Act in June, Secretary of Veterans Affairs Eric Shinseki wrote in a letter dated Aug. 14 that same-sex military families would still be denied key benefits due to portions of U.S. code defining marriage as between a man and a woman.

“Certain provisions in title 38, United States Code, define ‘spouse’ and ‘surviving spouse’ to refer only to a person of the opposite sex,” Shinseki wrote. “Under these provisions, a same-sex marriage recognized by a State would not confer spousal status for purposes of eligibility for VA benefits. Although the title 38 definitions of ‘spouse’ and ‘surviving spouse’ are similar to the Defense of Marriage Act (DOMA) provisions at issue in United States v. Windsor, no court has yet held that title 38 definitions to be unconstitutional.”

According to Shaheen, the VA’s response is further evidence of the need for Congress to approve the Charlie Morgan Military Spouses Equal Treatment Act, introduced by Shaheen in February.

Named after New Hampshire National Guard Chief Warrant Officer Charlie Morgan, who died of breast cancer earlier this year, the legislation would address those areas of federal law in order to put policies of the VA in line with the post-DOMA legal landscape and cleared the Senate Committee on Veterans’ Affairs last month.

“We need to pass the Charlie Morgan Act to bring Department of Veterans Affairs benefits policy in line with the Supreme Court’s ruling striking down DOMA. I’m committed to making this happen,” Shaheen said in a statement released yesterday. “Every individual who serves in uniform deserves access to the benefits that they’ve earned and rightfully deserve. We can’t tolerate this type of discrimination, especially in the aftermath of a historic Supreme Court ruling that declared the Defense of Marriage Act unconstitutional.”

Until the bill’s passage, and as long as three cases pertaining to the constitutionality of title 38 are pending before the courts, it appears same-sex military families will be ineligible for veterans’ benefits.

Stating the the VA supports the Charlies Morgan Act and will continue to work with the Justice Department to address the issue, Shinseki wrote, “Should the title 38 spousal definitions be revised or determined to be unconstitutional, VA will be prepared to update its policies and systems in a timely manner and ensure that the delivery and quality of Veterans’ benefits remain at the highest standards.”