Gay Days has long been associated with Orlando, Fla. However, in 2012, the wildly popular party expanded to Las Vegas. It will make its return this year, starting Sept. 3, with a week of special Sin City-inspired events, including pool and dance parties and a four-day expo.

The newly remodeled Tropicana will serve as the Gay Days 2013 headquarters hotel, with additional rooms available at the Luxor and Rumor hotels. Participants staying at one of the three official host hotels will receive complimentary passes to the pool parties when reservations are made through Gay Days’ website, gaydays.com.

The offical Gay Days events start with Jimmy Emerson, star and producer of An Evening at La Cage at the Four Queens Hotel & Casino, hosting a kick-off party Tuesday, Sept. 3, at Tropicana. On Wednesday, Emerson hosts a second party at Tropicana, with additional entertainment by Skye5, Tropicana’s resident lounge band.

On Thursday, Sept. 4, DJs Joshua Atom and Randy Bettis spin midday at MGM’s Luxor Oasis Pool. Later that night, DJ Barney Philly sets the mood at Hard Rock Live. Also on Thursday, the Gay Days Expo, hosted by the QVegas Business Alliance, opens for four days at the Luxor. The expo is free to attend and open to the general public. 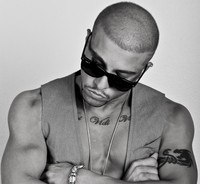 The very sexy DJ Pete Magma headlines at the Luxor Oasis Pool during the day on Friday, Sept. 5, and DJs Nancy Starr and Chi Chi LaRue are the stars for the evening pool party at Rumor.

Luxor hosts its final Gay Days pool party on Saturday, Sept. 6, with entertainment, performances and DJs from The Affair Nightclub. In the early evening, Tropicana hosts a free party, and then at 10 p.m. the festivities move to Hard Rock Live where DJ Diesel spins.

Gay Days wraps up on Sunday, Sept. 7, with a midday pool party at Rumor. DJs Edil Hernandez and Woody Woodbeck will be spinning. 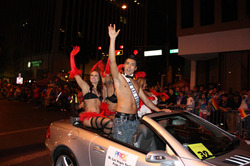 As it did in 2012, Gay Days coincides with Las Vegas Pride. Among Las Vegas Pride’s many celebrations that Gay Days participants are welcome to attend is a parade, presented by MGM International, on Friday, Sept. 6, from 7 to 10 p.m. in downtown Las Vegas. The parade will be followed by an official after party at Club Metro in the Q Central (the Commercial Center at 953 East Sahara Ave.).

More information on visitng Las Vegas and its LGBT-friendly offerings is avaialble from the Las Vegas Convention and Visitors Bureau.