Obama to award Presidential Medal of Freedom to Bayard Rustin

The late Bayard Rustin, a gay veteran of the Civil Rights Movement, will be awarded the nation’s highest civilian honor by President Barack Obama later this year, the White House announced Thursday. 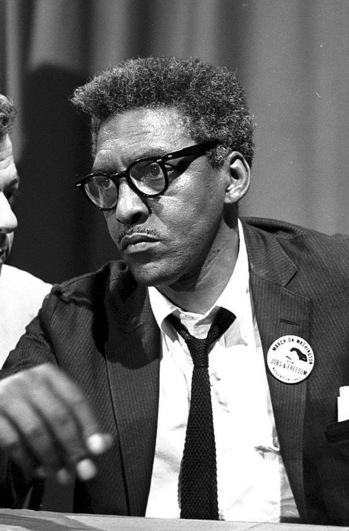 Rustin, who died in 1987, was one of several named today as recipients of the Presidential Medal of Freedom.

“The Presidential Medal of Freedom goes to men and women who have dedicated their own lives to enriching ours,” Obama said in a statement. “This year’s honorees have been blessed with extraordinary talent, but what sets them apart is their gift for sharing that talent with the world. It will be my honor to present them with a token of our nation’s gratitude.”

Rustin was an advisor to Martin Luther King Jr., helped organize the early freedom rides and played a key role in organizing the 1963 March on Washington, which will celebrate its 50th anniversary later this month with a ceremony expected to be attended by Obama.

Later in life, Rustin became a gay-rights advocate and testified in support of antidiscrimination legislation in New York.

Human Rights Campaign President Chad Griffin said in a statement that “Rustin dedicated his life to advocating for fairness and equality and overcame prejudice to help move our nation forward.”

“Bayard Rustin’s contributions to the American civil rights movement remain paramount to its successes to this day,” Griffin said. “His role in the fight for civil rights of African-Americans is all the more admirable because he made it as a gay man, experiencing prejudice not just because of his race, but because of his sexual orientation as well.”

In May, the White House announced Obama would also posthumously award the Presidential Medal of Freedom to lesbian astronaut Sally Ride, who became the first American woman to travel to space in 1983 and died last year of pancreatic cancer.

[Photo: Bayard Rustin via the Library of Congress.]