“There are extreme restrictions on the uniforms and other items worn by athletes at any Olympic Games. Flags, badges, or pins are not allowed without IOC approval, a near-impossibility, and wearing something as seemingly innocuous as pink socks or shoelaces is very difficult for athletes to do, and complex to organize for other participants and spectators. But everyone can hold hands with their neighbor. Indeed, raising your rivals’ hands in camaraderie is an image we see on every podium at every sporting event.” 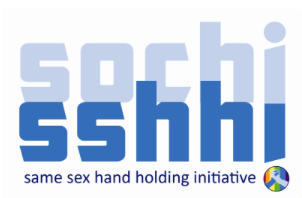 Les Johnson, of the Federation of Gay Games, announcing the “Same Sex Hand Holding Initiative (SSHHI), in an Aug. 14 release issued by Pride House International. The organization is “calling on everyone present in Sochi – athletes, staff, media, officials, spectators, sponsors, vendors and fans – to take every opportunity to hold hands with a person of the same sex,” as a nonviolent protest against Russia’s new, ambiguous law banning “propaganda of nontraditional sexual relations.” Russian officials have confirmed the law will be in full force during the 2014 Olympic Winter Games in Sochi, Russia. Foreigners arrested under the new law may be detained up to 15 days and deported. (Pride House International)