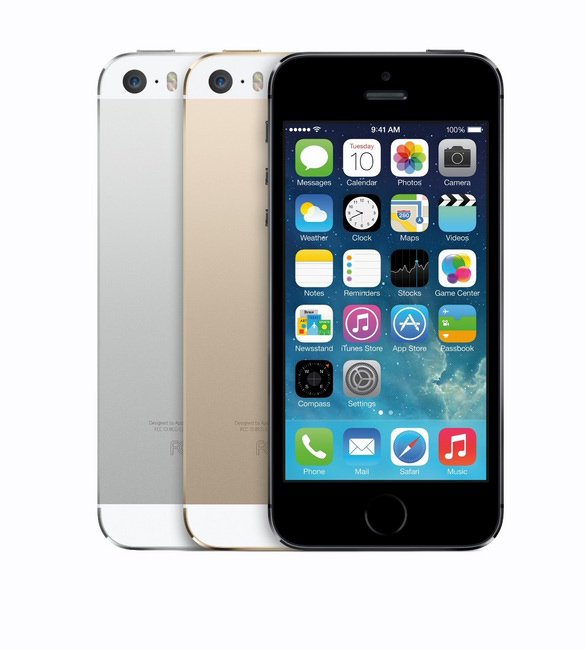 It’s that time of year again — time for Apple to release a new iPhone to the sweaty, clamouring masses desperate for the latest piece of fresh, fruity tech. And what a release it is. Eschewing past practices of minor upgrades for its “S” models, Apple really has launched something that could be described as new, rather than refreshed.

For starters, the latest iPhone comes in three colors — black, silver, and gold. Well, technically Champagne. Remove any images of tacky gold plating from your mind — the new color is quite subtle, albeit in a beige sort of way. Each is cut from chamfered aluminium, in keeping with iPhones past, but it’s inside where the big news lies.

In a world-first, the 5S will launch with Apple’s A7 — a 64-bit chip that measures the same size as the old A6, but contains a staggering 1 billion transistors. Full 64-bit computing in smartphones has been teased for a while, but Apple is the first to actually bring such a device to market, and the advantages are huge. The chip is 40 times faster than the original iPhone, and the whole phone is 56 times faster than it’s origin tale. It runs OpenGL ES 3.0, and its powerful CPU/GPU combo should enable even more detail in games and apps. Apple has also updated iOS 7 to support the 64-bit chip, and promise updates to core apps that’ll take advantage of the new power on offer. 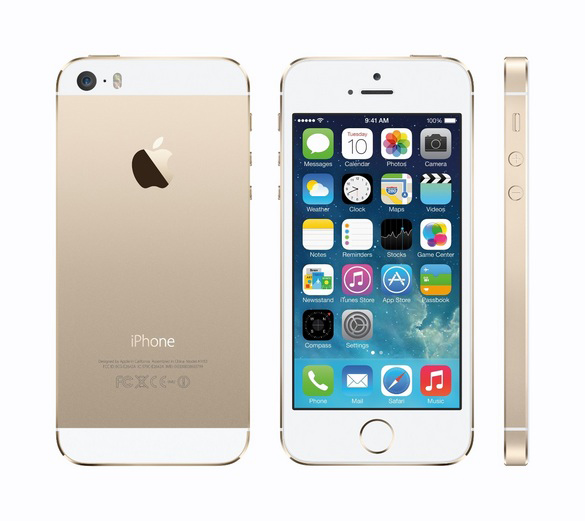 Paired with that is a new M7 chip, which constantly measures motion data through the various sensors on board. With those, Apple is promising a raft of new health and fitness apps, with the increased and more accurate tracking enabling greater consistency in monitoring users. Nike has already pledged support with its Nike+ Move app, which will take advantage of the new chip. Battery life shouldn’t take a hit from all the available grunt, however. Talktime is promised at 10 hours, with an expected 40 hours of music listening available, and 250 hours on standby.

The camera has seen a similar overhaul, with a new, 5-element lens, f/2.2 aperture and a 15 percent larger sensor. Autofocus with matrix metering is included, as is automatic digital image stabilization. A new burst mode that takes 10 photos per second, then automatically picks the best shot, is joined by the ability to shoot 120fps slow-motion video. Users can capture a scene in slow motion, then select portions to play at normal speed. Apple demoed this with a video of a man running towards a pool at normal speed, then jumping into it in slow motion. Panoramas are still on-board, and clock in at 28MP when fully stitched together, with the ability to adjust exposure as you move through a scene. The flash has been upgraded, too, with a new True Tone feature that offers 1,000 variations in color temperature to make sure every shot has natural colors.

The big news is the home button. Gone is the square box of old, in comes a new fingerprint sensor. Yep, the iPhone now reads your fingerprint. Unlocking, paying for purchases through iTunes and other security processes that usually required a password or pin can now be accomplished by simply placing your finger on the home button. It’s a feature that many laptop owners have enjoyed for years — this writer included — but it’s still a relatively rare feature on phones, and Apple’s incarnation is surely the best we’ve seen so far. A 500ppi, 170 microns thick sensor sits beneath the crystal home button, detecting a users’ finger through the stainless steel ring that surrounds the button. It takes an image of the finger, then scans it for minute details to individually identify the user. Those worried about data will be glad to know that no information is stored on the phone or on iCloud, so your prints are safe, and multiple users can register a fingerprint on one device. 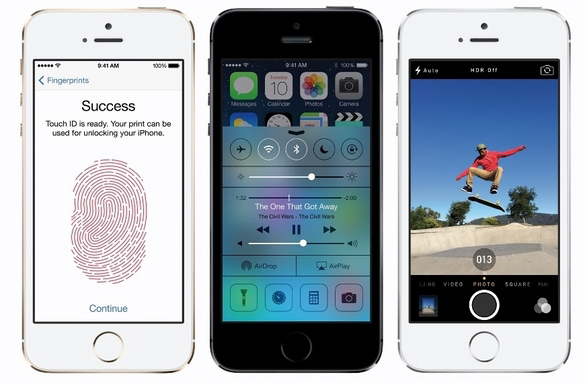 The new iPhone is shaping up to be a pretty compelling upgrade, and when combined with the redesigned iOS 7, Apple could well see their market share experience a dramatic rise when the iPhone 5S reaches stores on September 20. For those itching to purchase or upgrade, it’ll cost $199 for the 16GB model, with prises rising to $299 and $399 for 32 or 64GB of storage respectively. I suggest you start queueing outside your nearest Apple store now.