By John Riley on September 24, 2013 @JohnAndresRiley

Maryland Attorney General Doug Gansler (D) announced today that he is officially entering the 2014 race for governor, where he hopes to succeed Gov. Martin O’Malley (D), a longtime supporter of LGBT rights. 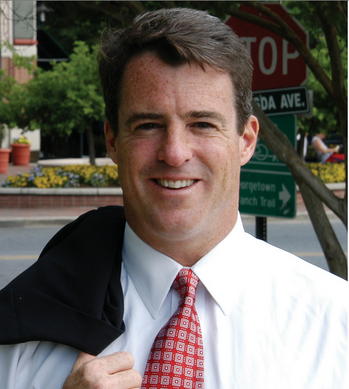 In a speech at the Montgomery County Courthouse Square in Rockville, Md., Gansler highlighted his record as attorney general and his platform, particularly focusing on job creation and reducing Maryland’s high tax burdens, and promising to “meet the needs of people,” with his campaign billing him as an “unapologetic champion” of hard-working Marylanders.

“At my core, I am about protecting people, standing up for justice and fairness and never giving up on a fight when it’s right,” Gansler said in his prepared remarks.

Gansler issued a legal opinion in 2010 stating the state of Maryland would recognize legal same-sex marriages performed elsewhere, though the state was not yet issuing marriage licenses to same-sex couples. For issuing that opinion, a group of House lawmakers led by the anti-LGBT Del. Don Dwyer (R-Anne Arundel Co.), unsuccessfully attempted to impeach him.

Gansler later testified in favor of and campaigned on behalf of the Civil Marriage Protection Act, which was signed into law by O’Malley and approved by voters via a ballot initiative in 2012.

“I led the fight for same-sex marriage years before any other statewide official put their finger into the wind, not by polling the issue or worrying about the hate mail, but by doing what was right,” Gansler said in his prepared remarks highlighting a litany of examples where he has bucked what he called “the status quo.” “The point here is simple: I’m not worried about what conventional wisdom is, I’m not willing to just accept the way things are and play it safe. … I’m out to lead, to stand for people, to make a difference.”

Gansler’s campaign for the Democratic nomination to replace O’Malley in the governor’s seat will pit him against two other LGBT supporters: Lt. Gov. Anthony Brown and Del. Heather Mizeur, who is seeking to become the first woman governor of the Free State and the first out lesbian governor in the country.

[Photo: Doug Gansler (courtesy of the Office of the Attorney General).]