By Justin Snow on September 4, 2013 @JustinCSnow 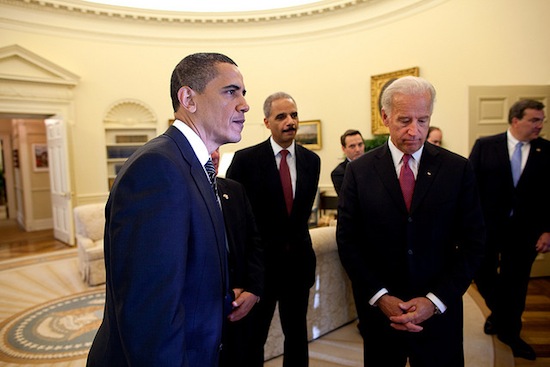 At the direction of the president, the Obama administration will no longer enforce portions of United States Code that deny veterans’ benefits to same-sex military families, Attorney General Eric Holder wrote in a letter to Congressional leaders Wednesday.

While the Supreme Court’s June 26 decision striking down Section 3 of the Defense of Marriage Act, defining marriage as between a man and a woman, paved the way for full military benefits, it did not address Title 38 of U.S. Code, which dictates veterans’ benefits.

“The President has accepted the Attorney General’s recommendation and has directed that the Administration no longer enforce certain provisions of Title 38 that discriminate against legally married gay and lesbian veterans,” White House spokesman Shin Inouye said in a statement to Metro Weekly.

Until today, the Department of Veterans Affairs had said statutory language defining “spouse” and “surviving spouse” as only applying to the opposite sex prevented the extension of veterans’ benefits. And while the Justice Department had earlier ceased defending the Title 38 provisions, until today they had continued to enforce them.

“I write now to inform you that, in light of subsequent developments and my recommendation, the President has directed the Executive Branch to cease enforcement of Sections 101(3) and 101(31) of Title 38,” Holder wrote in a letter to House Speaker John Boehner. “Although the Supreme Court did not directly address the constitutionality of the Title 38 provisions in Windsor, the reasoning of the opinion strongly supports the conclusion that those provisions are unconstitutional under the Fifth Amendment.”

The decision comes after the Bipartisan Legal Advisory Group (BLAG), controlled by House Republicans, withdrew from pending litigation challenging the constitutionality of the Title 38 provisions after the DOMA decision. Last week, a federal district court in California also declared the provisions as unconstitutional.

“This is an important step forward for the families of veterans and their ability to access survival, health care, home loan, and other benefits. As the Attorney General’s letter to Congress states, the circumstances of the situation demonstrate that this is the appropriate course of action. Even the Bipartisan Legal Advisory Group has ceased to defend the constitutionality of those provisions of Title 38 in legal challenges,” Inouye added. “This announcement means gay and lesbian veterans who are legally married can better protect themselves and their children. The President believes that all couples who are legally married deserve respect and equal treatment under the law, and his Administration continues to work to implement the Supreme Court’s Windsor ruling swiftly and smoothly.”