By John Riley on October 7, 2013 @JohnAndresRiley 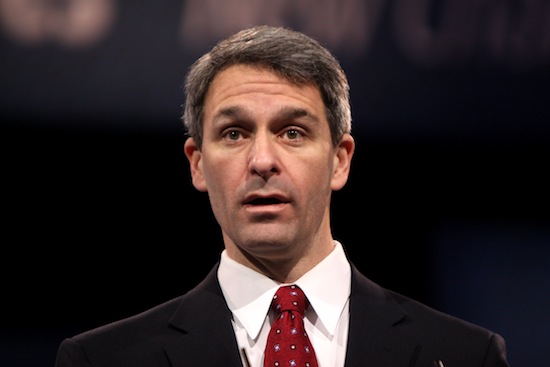 The U.S. Supreme Court Monday denied a petition by Virginia Attorney General Ken Cuccinelli to appeal a 2-1 decision by the Richmond-based Fourth Circuit Court of Appeals that ruled in March that Virginia’s anti-sodomy law, still on the books despite being effectively overturned by the U.S. Surpeme Court’s 2003 Lawrence v. Texas decision, was unconstitutional.

The appeals court ruled that the anti-sodomy law, which was still being used to prosecute criminals after the Lawrence decision was handed down, was unconstitutional under Lawrence when it heard the appeal of 47-year-old William Scott McDonald, who was convicted in 2005 of criminal solicitation for allegedly propositioning a 17-year-old girl for oral sex.

Following the Supreme Court’s denial of Cuccinelli’s appeal, the American Civil Liberties Union (ACLU) of Virginia issued a statement praising the decision and chastising the Republican-led General Assembly for its failure to properly amend the law.

“We are pleased that the Supreme Court has decided not to review the Fourth Circuit’s ruling striking down Virginia’s sodomy statute,” Rebecca Glenberg, legal director of th ACLU of Virginia, said in a statement. “The Supreme Court decided 10 years ago, in Lawrence v. Texas, that statutes prohibiting private, consexual sex between adults are unconstitutional. After Lawrence, the General Assembly should have repealed Virginia’s unconstitutional law and replaced it with laws designed to prohibit adults from seeking to engage in or solicit sex with children. Instead, the General Assembly kept this unconstitutional, overbroad statute in place.”

“We are glad that the Supreme Court has finally put to rest the question of the constitutionality of Virginia’s sodomy law,” Glenberg continued. “We look forward to working with the General Assembly to ensure that this unenforceable law is repealed and replaced with rational and fair laws that will both protect our children and ensure the rights of consenting adults.”

Cuccinelli, who is the Republican candidate for governor, has touted his support for the anti-sodomy law, attempting to portray his defense of it as a way to protect children from child predators, even setting up a website, VAChildPredators.com, where Virginians can enter their zip code and find a list of registered sex offenders near them, claiming that the overturn of the sodomy laws would endanger children and remove at least 90 convicted felons from the state’s sex offender registry. Cuccinelli has also used the appeals court’s decision in the McDonald case to attack Democratic opponent Terry McAuliffe, asking, “Why is Terry McAuliffe Playing Politics Instead of Protecting our Children?” on the VAChildPredators website and issuing campaign statements to portray McAuliffe as weak on crime.

A spokesman for the Cuccinelli campaign was not immediately available to respond to inquiries seeking comment about the Supreme Court’s decision. However, as late as June, the Attorney General’s office issued a press release clarifying its position on the appeal.

“As we said when the Fourth Circuit rendered its decision in March, this has nothing to do with sexual orientation or private acts between consenting adults. In fact, the law can’t be used for those purposes. This case is about using current law to protect a minor from a 47-year-old repeat sexual predator,” Cuccinelli said in the statement. “Prosecutors use this important tool to obtain felony charges against adults who commit or solicit this sex act with minors. The law is only applied to offenses committed against minors, against non-consenting or incapacitated adults, or in public. It is not – and cannot be – used against consenting adults acting in private.”

In response to the Supreme Court’s actions, the McAuliffe campaign’s press secretary, Josh Schwerin, issued a statement Monday evening calling for the law to be updated to specifically address child predators, while also attacking Cuccinelli by providing a list of previous statements, dating back to 2003, that the attorney general has made regarding homosexuality and the use of sodomy laws to punish homosexual acts.

“Everyone supports strong laws to protect children and, like most Virginians, Terry believes our laws should be updated to both conform with Court rulings and allow prosecution of predators. As he admitted as recently as 2009, Ken Cuccinelli is one of the only elected officials in America who believes that being gay should result in criminal prosecution and jail time. Cuccinelli’s refusal to support a mainstream legislative update to Virginia laws reflects his extreme agenda and uncompromising approach.”