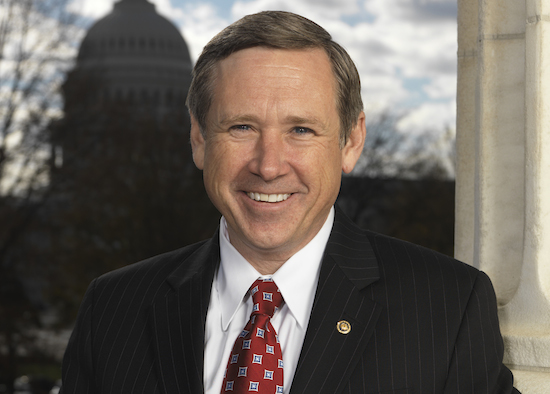 An anti-LGBT group that was set to meet on Capitol Hill Friday to discuss what America could learn from Russia’s newly enacted law prohibiting “propaganda of nontraditional sexual relations” had its congressional meeting room revoked Thursday evening when the senator who secured the room realized the intent of the meeting.

The office of Sen. Mark Kirk (R-Ill.) reserved the meeting room in the Dirksen Senate office building for the Illinois-based group in what was an apparent oversight several months ago, only to cancel that room reservation yesterday.

Kirk has a long record of supporting LGBT-rights and was the lead Republican sponsor of the Employment Non-Discrimination Act in the Senate. Before the Senate voted 64-32 earlier this month to outlaw anti-LGBT workplace discrimination, Kirk spoke in support of ENDA, marking the first time he has spoken on the Senate floor since suffering a stroke nearly two years ago. In April, Kirk became the second Senate Republican to openly endorse marriage equality.

The panel discussion, titled “Family Policy Lessons From Other Lands: What Should America Learn?,” promised to address Russia’s anti-LGBT law, as well as the “pro-family” minister for social service for the newly elected conservative government in Australia.

“Liberals have mourned such developments, but what might conservative Americans learn from Russia, Australia, and other nations about rebuilding a pro-family policy?” the invitation asked.

The Human Rights Campaign noted in a Thursday release that the biographies of the participants revealed their “malicious intent.” According to HRC, three of the four panelists — Austin Ruse, Allan Carlson and Steven Mosher — have recently traveled to Russia to meet with anti-LGBT leaders during the implementation of that country’s anti-LGBT law. The fourth panelist, Janice Crouse, celebrated the widely condemned “kill the gays” law proposed in Uganda. Crouse called it a “biblical and cultural stand against the radical homosexual agenda.” The event was being promoted by the World Congress of Families, which is based in Kirk’s state of Illinois, and is a network of groups seeking to “restore the natural family as the fundamental social unit and the ‘seedbed’ of civil society.”

“These shameful individuals represent the worst of America, and it’s an outrage that they will now bring their vitriol to the United States Capitol,” said HRC President Chad Griffin in a statement yesterday. “After spending years exporting their hate to other regions of the world and contributing to a culture of anti-LGBT violence in Russia, these zealots should be condemned by all Americans and especially by our elected leaders.”

BuzzFeed first reported the cancelation of the event Thursday night. One of the event’s organizers, Larry Jacobs, managing director of the World Congress of Families, told BuzzFeed, “Obviously Senator Kirk doesn’t care about families and children and freedom and has chosen to side with the policies of decline, death and disease promoted by the Sexual Radicals.”

Upon news of the event’s cancelation by Kirk, HRC Vice President Fred Sainz said it is to Kirk’s credit that he “cancelled his sponsorship of this meeting of anti-LGBT zealots.”

“Throughout his entire career, Mark Kirk has fought for an America that treats everyone with dignity and guarantees opportunity for all,” Sainz said in an email to Metro Weekly. “His leadership on ENDA was representative of his firm commitment to equality for all.”

Russia’s anti-LGBT law has come under international criticism since it was signed into law by Russian President Vladimir Putin. As the Winter Olympics draw closer, President Barack Obama as well as a number of members of Congress have criticized the law as a violation of human rights. Some activists have called for a boycott of the Olympic games, set to be held in Sochi, Russia, this February.

Russia has also prohibited LGBT Russians and single foreigners from countries that recognize marriage equality from adopting children. Legislation that would allow courts to take children away from LGBT parents or who are suspected of being LGBT was announced in September.

UPDATE: House Speaker John Boehner (R-Ohio) has provided meeting space for the anti-LGBT group, according to BuzzFeed. Although a Boehner spokesman said the move did not signal an endorsement of the panelists’ views, LGBT-rights groups pounced on the development.

“Speaker Boehner’s embrace of these ambassadors of hate is shameful and despicable,” said HRC President Chad Griffin in a statement. “These individuals have supported the subhuman treatment of LGBT people around the world, and now they want to do the same here. The fact that the Speaker would welcome a panelist who praised Uganda’s proposal to sentence gay people to death should shock the conscience of all Americans.”