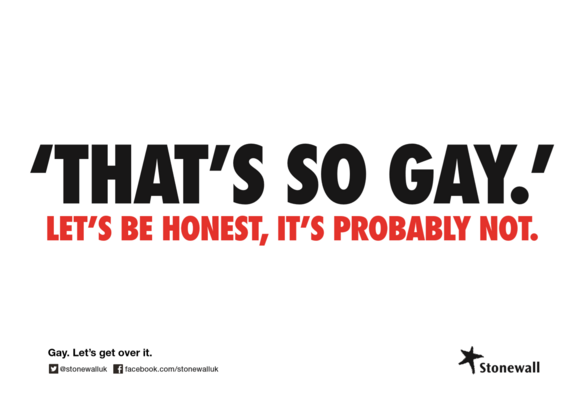 Stonewall, an LGBT charity in the United Kingdom, today launched a new campaign to tackle “endemic levels of homophobic language in schools.” According to the charity, research has proven that 99 percent of lesbian, gay and bisexual youths hear phrases like “that's so gay” or “you're so gay” while in school in the UK. As such, Stonewall is pairing up with Mumsnet — the UK's largest website for parents — to tackle the use of homophobic slurs in school. Mumsnet have conducted polling among readers which revealed that 68 percent of respondents didn't know if their child's school had policies in place to tackle homophobic language.

Using posters and guidance on misuse of the word gay, the campaign aims to enable pupils and teachers to challenge the derogatory use of the word. The campaign slogan is “Gay. Let's get over it,” with Stonewall's Deputy Chief Executive Ruth Hunt stating “We know that many people who casually use the term ‘that’s so gay’ don’t intentionally mean to be offensive. But the reality is that their words cause hurt and distress.”

It's a sentiment echoed by Justine Roberts, founder of Mumsnet, writing “We should all be challenging our children's use of homophobic language and simply shouldn't tolerate phrases like that's so gay’ which are in everyday use in school playgrounds.” 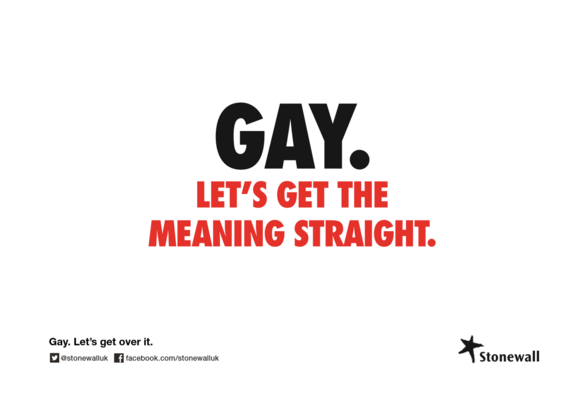 It's an optimistic campaign, with the phrase “that's so gay” ubiquitous among young people — many not intending it as a slur. Roberts is optimistic, however, saying “Parents, working with schools, really can stamp out this type of language which is demeaning, hurtful and offensive to so many.”

Hunt was more neutral in her language, but shared the ‘collaborative effort' effort ideal, stating “We want every young person, teacher and parent in Britain to challenge this language and change the culture of our schools.”

With 2,500 schools set to receive the posters and guidance information — that's half of all secondary schools in Britain — Mumsnet and Stonewall seem confident that the campaign will be successful where previous efforts have failed, or made little impact. 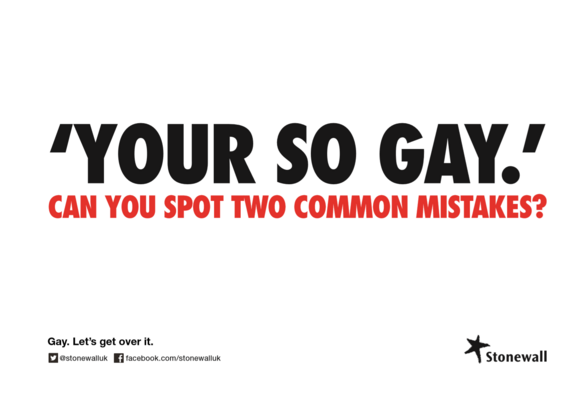