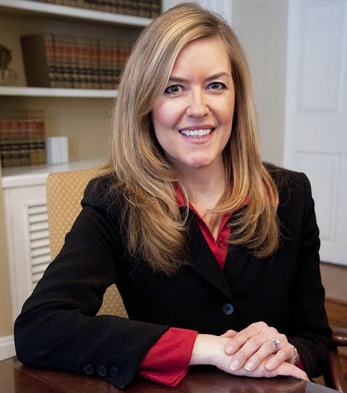 With 100 percent of precincts reporting, Wexton had 53 percent of the vote, compared to Whitbeck’s 37 percent and May’s 10 percent, according to the State Board of Elections.

Wexton’s victory gives Democrats nominal control over the Virginia Senate for the first time since the 2011 state legislative elections, when Republicans grabbed two Democratic senate seats, splitting the chamber 20-20 and allowing former Lt. Gov. Bill Bolling (R) to act as a tiebreaking vote. If Democrats are able to maintain their 9-vote lead following a pending recount of a Jan. 7 special election in the 6th Senate District, the senate will remain split 20-20, except that this time, Democratic Lt. Gov. Ralph Northam will act as the tiebreaker.

Wexton, a vocal and unabashed supporter of marriage equality, second-parent adoption and nondiscrimination legislation before she even won the Democratic caucus, earned endorsements from several pro-equality groups, including the state level organization Equality Virginia and the Human Rights Campaign. Her GOP opponent, John Whitbeck, opposes LGBT rights and had his candidacy touted by the anti-gay Family Foundation of Virginia, which also attacked Wexton — and, to a lesser extent, May — on its blog.

Although Republicans were able to take advantage of the temporary vacancies and defeat in committee a bill that would have prohibited discrimination in state employment, Democratic control of the senate will likely ensure that similar legislation will receive a vote by the full chamber and pass overwhelmingly during next year’s legislative session. The switch in party control also gives Gov. Terry McAuliffe and Herring, in his capacity as attorney general, allies in at least one chamber of the General Assembly.

Democrats, exuberant about Wexton’s win, praised her campaign and welcomed her to the upper chamber.

“Congratulations to Jennifer Wexton for winning a substantial victory in the 33rd Senate District tonight,” Democratic Party of Virginia (DPVA) Chair Del. Charniele Herring (D-Alexandria) said in a statement. “Her win solidifies Democratic control in the Virginia Senate. Jennifer will continue Mark Herring’s long history of working to strengthen Virginia’s economy and supporting legislation that makes the Commonwealth the best place to live, work and raise a family.”

“Virginia Democrats across the Commonwealth are thrilled to have played a large part in this election,” DPVA Press Secretary Ashley Bauman said in a statement. “Whether it was making calls in support of Jennifer Wexton or knocking on doors to turn out voters, we pulled together to win tonight.”

“We are glad to see one of our endorsed candidates win, and win decisively,” Parrish said. “We congratulate Jennifer Wexton on her election to the Senate and hope she will be seated and be able to begin working on issues of fairness and equality for all Virginians as soon as possible.”