Maryland Attorney General Doug Gansler (D) announced Friday that Maryland will recognize same-sex marriages performed legally in Utah between the time the U.S. District Court for Utah found the state’s marriage-equality ban unconstitutional and when the U.S. Supreme Court ordered a halt to such marriages as the state appeals the ruling.

In a letter responding to a Jan. 9 request from the Human Rights Campaign (HRC), the nation’s largest LGBT civil rights organization, Gansler said that Maryland would treat as valid those same-sex marriage performed in Utah between Dec. 20, 2013, and Jan. 6, prior to the stay. Gansler based his confirmation on an opinion he issued in 2010 that Maryland would recognize same-sex marriages legally performed elsewhere, though Maryland did not give same-sex couples access to marriage licenses until 2013. Gansler also noted in his letter to HRC that the Maryland Court of Appeals reached the same conclusion in a 2012 ruling. 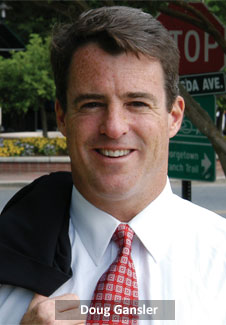 Gansler continued, saying that although same-sex marriages may not be solemnized in Utah for the time being, and existing same-sex marriages are not eligible for state benefits, there has been no court ruling or opinion issued by Reyes in his capacity as Utah Attorney General that the marriages that previously occurred are no longer valid. Gansler cited a letter, authored by Reyes, that was sent to county attorneys and county clerks throughout Utah advising that such marriages were recognized at the time the ceremonies were performed and recommended that the clerks issue marriage licenses to same-sex couples ”as an administrative function and not a legal function” that would allow those couples to have their marriages recognized in states with marriage equality. Thus, Gansler ruled, since the marriages are still valid, Maryland will recognize them.

”It is an affront to the idea of basic human rights that the battle for full marriage equality in this country remains in headlines and courtrooms,” Gansler said in his letter to HRC. ”Nevertheless, as courts and legislatures accord same-sex couples the dignity and humanity they deserve, we as a nation move closer to fulfilling the Constitution’s promise of equal protection of the law. Maryland will continue to recognize valid out-of-state same-sex marriages as we continue to advance that effort wherever and whenever we can.”

Gansler’s pronouncement of how Maryland will treat Utah marriages comes just hours after U.S. Attorney General Eric Holder released a video statement saying that the federal government will recognize and make eligible for federal benefits the nearly 1,300 same-sex marriages performed in Utah prior to the Supreme Court-issued stay.