“I am a beer for uber hetero men who ride horses while topless and carrying knives. I am a beer to mark the 2014 Winter Olympics. But I am not for gays.”

The beer plays with the macho-image President Putin projects of himself — think shirtless hunting trips — by depicting him in an art-pop style with full make-up on the bottle’s label. In a sarcasm-filled post on the company’s website, its founders make clear the intentions of the new beer.

“Love wrestling burly men on the Judo mat or fishing in your Speedos? Then this is the beer for you!”

There is more than just mockery, though. Brew Dogs calls Russia’s anti-gay law “sick, twisted legislation” and something that “prevents people from living their true lives”. They made the beer as they felt it was “something we didn’t want to just sit back and not have an opinion on”. Further bolstering the beer as more than just a humorous goodwill gesture towards LGBT people in Russia, Brew Dog are donating 50% of the beer’s profits to “charitable organisations that support like minded individuals wishing to express themselves freely without prejudice”.

The company has sent a case of the beer to the Kremlin in Russia (the image above attests to that fact), though we can’t imagine President Putin will be particularly eager to drink it. For those interested in sampling the beer, which is a double IPA brewed with Limonnik berries, head here to grab a bottle or case. 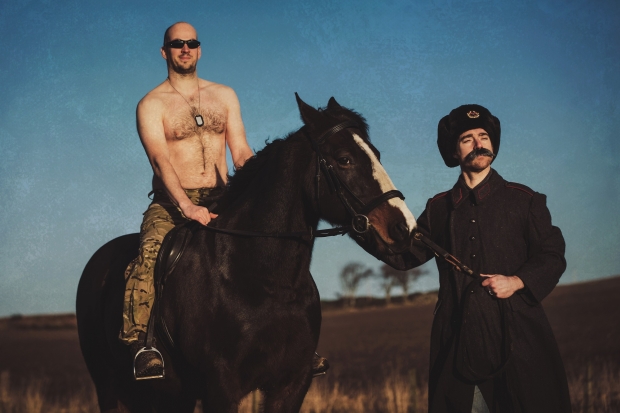