By Troy Petenbrink on February 12, 2014 @thegaytraveler 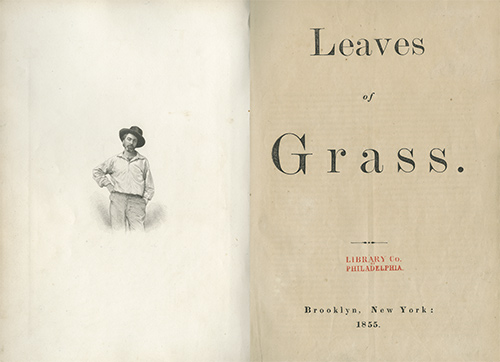 A new exhibition honoring centuries of gay history opened Sunday at the Library Company of Philadelphia.

The source material for the exhibit, which runs through Oct. 17, comes from the library’s collections of books, prints, ephemera, and photographs covering more than three centuries of early American history and containing stories about all kinds of loves and all kinds of gender identifications.

According to curator Cornelia King, the exhibit does not try to say definitively whether a person who lived in the past would be considered lesbian, gay, bisexual, or transgender in today’s terms. Rather it looks at individuals who took part in same-sex relationships, wrote poems and novels celebrating such relationships, deviated from gender norms, and suffered for transgressive behavior in well-documented ways.

“That’s So Gay: Outing Early America” will be accompanied by a series of special programs. On Friday, Feb. 14, the library will present a talk by David Halperin, author of the groundbreaking How to Be Gay, in conjunction with the William Way LGBT Community Center. Later in the spring, the Mauckingbird Theatre Company will reprise its production of “The Temperamentals,” Jon Marans’s play about the life of gay activist Harry Hay, as a table reading and Philadelphia Voices of Pride will perform in concert, drawing inspiration from the Library Company’s sheet music collection. On Oct. 1, the library will co-host a talk by Marc Stein, author of City of Sisterly and Brother Loves, with the Historical Society of Pennsylvania.

The Library Company of Philadelphia is an independent research library specializing in American history and culture from the 17th through the 19th centuries. Founded in 1731 by Benjamin Franklin, the Library Company is America’s oldest cultural institution and served as the Library of Congress from the Revolutionary War to 1800.

Philadelphia was the site of some of the nation’s first gay rights demonstrations, and in 1982 was one of the first cities in the country to pass an anti-gay discrimination law. It recently tied with Seattle for the the top spot on the Human Rights Campaign’s Municipal Equality Index and has been a leader in LGBT tourism marketing for more than a decade.

Details on “That’s So Gay: Outing Early America” and related events are available at librarycompany.org. Information on visiting Philadelphia is available at visitphilly.com.