The progressive political-action organization Democracy for America (DFA) on Wednesday announced it was throwing its support to Del. Heather Mizeur (D-Montgomery Co.), one of three candidates seeking the Democratic nomination to become Maryland’s next governor.

In endorsing Mizeur, a lesbian, DFA has issued its first gubernatorial campaign of the 2014 cycle, although it has endorsed various candidates for U.S. Senate and U.S. House races this year, including incumbent U.S. Rep. Mike Honda (D-Calif.) and U.S. Sen. Brian Schatz (D-Hawaii). 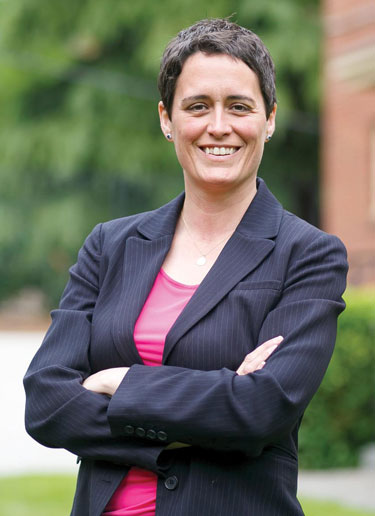 In a statement announcing its endorsement of Mizeur, DFA touted the fact that it has more than 19,000 members in Maryland and 1 million nationwide who can be activated to make donations, make phone calls or volunteer on DFA-backed campaigns.

T. Neil Sroka, communications director for DFA, told Metro Weekly that the organization – founded in 2004 by Howard Dean, former governor of Vermont, 2004 presidential candidate and former chair of the Democratic National Committee – looks at a number of factors in making an endorsement, including candidates’ platforms and campaigns, grassroots support, and political viability.

”The first question we ask is: Are they progressive?” Sroka said. ”That goes, without question, for Heather. She’s also running a really strong race based in the grassroots of the Democratic Party.”

DFA Executive Director Charles Chamberlain said in a statement: ”Heather Mizeur won’t just make history as Maryland’s first woman governor and the first gay governor in American history. She’ll make history as an unabashed progressive champion with the vision and leadership needed to get things done in Annapolis. From her fight to raise the minimum wage to her battle to make the Old Line State a leader in marriage equality, Heather has always stood strong for Maryland’s working families and, today, Democracy for America’s members in Maryland and across the country are proud to stand with her in the race for Governor.”

Mizeur response to the endorsement was included in DFA’s March 13 release: ”I am so incredibly excited to have the support of the nation’s most progressive grassroots powerhouse. Democracy for America and their enthusiastic members are going to help our campaign return Annapolis to the people, restore integrity in our election process, and send an unapologetic progressive to the Governor’s mansion to create transformational change for our communities.”

Mizeur faces Lt. Gov. Anthony Brown and Attorney General Doug Gansler in the Democratic primary, set for June 24. Like Mizeur, both Brown – who was been endorsed by Equality Maryland PAC – and Gansler have laid claim to the votes of Maryland’s LGBT community, as all three supported Maryland’s marriage-equality law in 2012 and all three backed SB 212, a bill to prohibit discrimination based on gender identity, which is awaiting a vote in a Maryland House of Delegates committee.