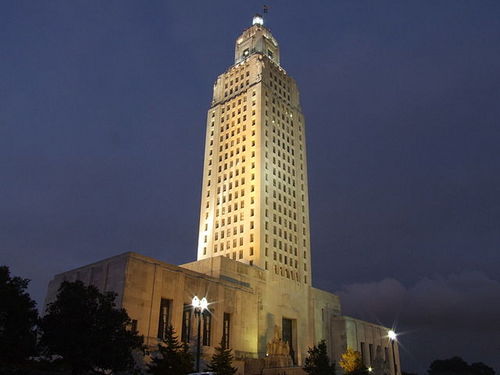 Though the law remains on the books in the state, a 2003 Supreme Court case, Lawrence v. Texas, struck down Texas’ sodomy law and made similar laws in thirteen other states — including Louisiana — unenforceable. Justice Anthony Kennedy wrote in the majority decision that “the Texas statute furthers no legitimate state interest which can justify its intrusion into the personal and private life of the individual”. Though it effectively rendered Louisiana’s law impotent, that didn’t stop the East Baton Rouge Sheriff’s Office from arresting at least 12 men since 2011 under the sodomy law. Representative Smith sought the repeal after learning of the arrests.

Police arrested men solicited by undercover officers at public areas, with the promise of sex at a private residence. No money was exchanged and no public activity took place, but the men were arrested under the sodomy law. “To our knowledge, the Sheriff’s office was never contacted or told that the law was not enforceable or prosecutable,” the Sheriff’s Office said in a statement posted to Facebook. “The deputies in the cases were acting in good faith using a statute that was still on the books of the Louisiana criminal code.”

The statement was later retracted, with the department issuing an apology, apologizing to “anyone that was unintentionally harmed or offended by the actions of our investigations”, regretting “that the way these investigations were handled made it appear that we were targeting the gay community.” The Sheriff’s Office once again reiterated that the laws used to justify the arrests “have not been removed from the Louisiana law code”, though it offered some relief to gay persons living in East Baton Rouge by adding “[the laws] have been deemed unenforceable and unconstitutional. The Sheriff’s Office will not use these unconstitutional sections of the law in future cases.” Baton Roughe attorney Thomas D’Amico told Time “One of two things are going on here. The sheriff’s office is either harassing people for their lifestyle, or they don’t know the law. Neither is good for Baton Rouge, I can tell you.”