“I didn’t know there was such a thing as a remix,” says Debby Holiday. “I had no idea. I’m a rocker.” 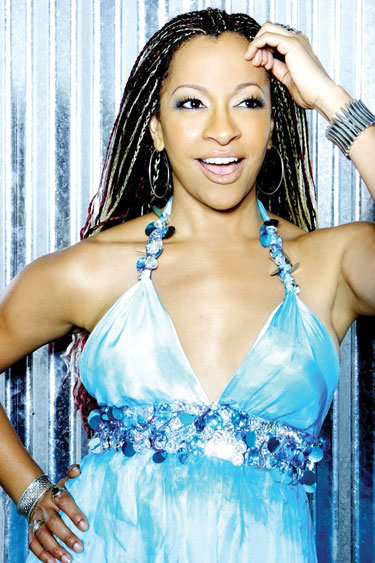 The singer-songwriter laughs as she recounts a time her friend, Sordid Lives writer/director Del Shores, asked if she had a song that might work for one of his films. “Listen, I need a dance song. I know you do rock, but do you have anything that’s dance?” she recalls him asking. “And I looked through my stuff and there was this song that my rock band never wanted to play because they thought it was too dance-y.”

That song was the rousing anthem “Dive,” which DJ/producer Chris Cox remixed into a Top 5 hit on Billboard’s dance chart and made a staple on gay dance floors in 2004. Holiday has had a few club hits since, including “Joyful Sound” and “Surrender Me.” She’s also become a regular performer at gay parties and clubs, including repeat performances at D.C.’s Cobalt, where she returns this Friday, May 23.

A native of Los Angeles, Holiday originally wanted to be a ballerina. But her father, Jimmy Holiday, was a hit songwriter (“Put A Little Love In Your Heart”) — and the pull of the family business was too strong to resist. “When you grow up with a father like mine, grooming is probably the wrong word,” says Holiday.

Recently, Holiday has dabbled in acting, appearing as the Blues Singer in Del Shores’s The Trials and Tribulations of a Trailer Trash Housewife. She reprised that role for the 2012 movie adaptation of the play, renamed Blues for Willadean and starring Octavia Spencer.

But Holiday is a singer first and her chief focus is on producing a slew of new music, a double album featuring roughly 10 new rock songs and 10 new dance songs. “It’s not like a maxi-single, where it’s one song five, six, seven, nine different ways,” she explains. “It’s 10 new original dance songs. It’s quite an undertaking.” She’s aiming to finish the set later this year.

“A lot of my songs are about believing in yourself,” Holiday says. “Especially with minorities, any group that’s not part of the mainstream.” Music has become the key way for her to give back. “I just would like to continue to create music that makes people feel good.”