Congressional Cemetery has gone to the dogs, and things couldn't be better 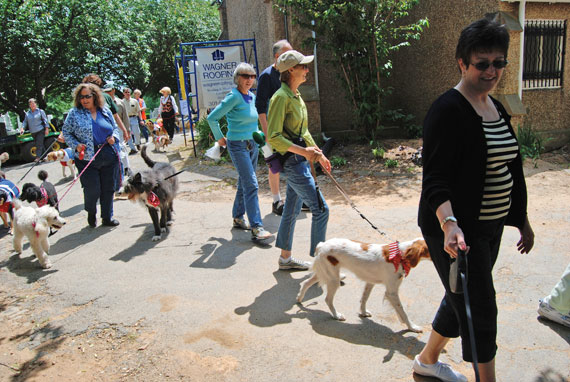 Walking your dog in a cemetery may seem a somewhat creepy way to exercise your canine. Then again, particularly when you live in a crowded city, what could be better than acres of fenced-in, rolling lawns? The local folks of the K-9 Corps might argue it’s the perfect spot, as they’ve been organizing a dog-walking program at D.C.’s Congressional Cemetery for years.

“They stared in the early ’90s when the cemetery was in bad shape and in need of help,” explains Paul K. Williams, president of the cemetery. “It’s a really great program, now being copied by other cemeteries around the country.”

What’s being copied is the “win-win” nature of the program.

Consider what’s asked of those wanting to use the cemetery as a dog run. First, there are the dues and fees. That’s $225 for a household annually — albeit as a tax-deductible donation — plus $50 per dog, up to three. Beyond the dog dollars, there’s the dog duty: 12 hours of labor per year to benefit the cemetery. 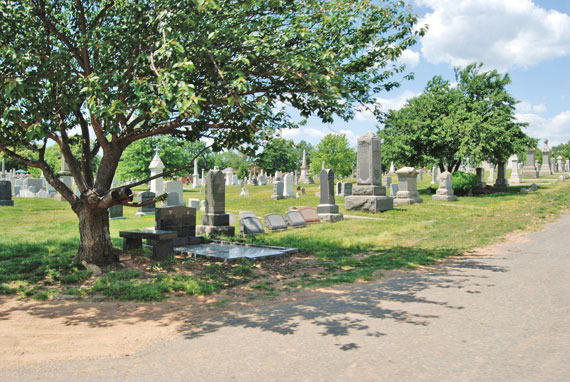 “It can be as easy as planting bulbs, staffing a check-in table during a function or cleaning headstones,” says Williams. “A lot of people put in a lot more than eight hours.”

As Williams explains it, the K-9 Corps brings in roughly $200,000 annually — about 20 percent of the cemetery’s operating revenue — and untold hours of no-cost labor. In return, members get exclusive access for themselves and their canine comrades to 35 secure acres of green space along the Anacostia River.

Adding to the wins, these dedicated dog walkers also serve as unofficial cemetery sentinels, helping by their mere presence to dissuade vandals and other scofflaws who might otherwise damage the grounds in some way. Then there’s the call of nature. Some might worry that dogs going about their business might somehow desecrate the cemetery’s hallowed grounds. Not so. First, there are designated “poop patrols” responsible for clean sweeps of the cemetery lawns. And should a dog wish to leave a liquid remembrance on a headstone, the granite won’t be bothered. Bird droppings — particularly those of ubiquitous Canadian geese — on the other hand, may cause a problem. “The dogs keep out the Canadian geese,” says Williams, offering yet another pooch plus. “Other cemeteries have problems with huge numbers of geese, and geese can damage the stones.”

As Williams shares the details of the K-9 Corps with other cemeteries, that’s a big selling point, usually after an initial reaction along the lines of, “We don’t even allow dogs.”

But the popularity of the program is undeniable.

“For the first time, we have more than 600 people on the waitlist,” notes Williams, adding that he’s in a position to be envied by nonprofit presidents everywhere. “We have 600 people waiting to give us money.”

While the program caps out at about 770 dogs and 550 people, the turnover can be fairly brisk.

“People move, dogs pass away. We probably remove about 200 off the list every year,” Williams estimates. Still, for those hoping to join the ranks of the K-9 Corps, Williams advises signing up as soon as possible and settling in for a wait. For those who do make the cut, they’d better be conscientious of the corps’ rules. After all, there are a few hundred others vying for your spot in the cemetery.