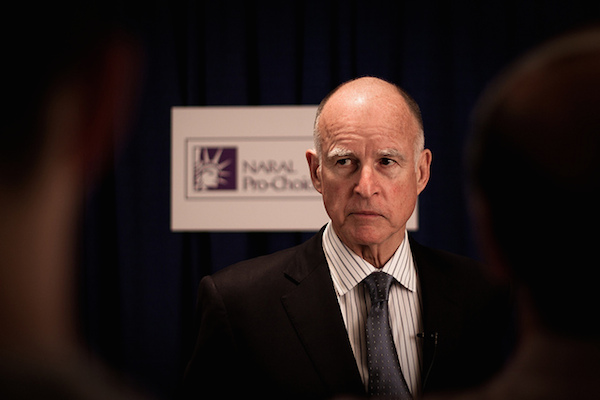 The U.S. Supreme Court declined to weigh in on California’s ban on “ex-gay therapy” for minors Monday, clearing the way for the law to go into effect.

Two cases — Pickup v. Brown and Welch v. Brown — challenging the nation’s first ban on reparative therapy were noted on an order list of cases the high court would not review that was released earlier today. The Supreme Court does not release explanations for why they choose to accept or reject cases.

Gov. Jerry Brown (D) signed a California Senate bill prohibiting children younger than 18 from undergoing “sexual orientation change efforts” at the hands of licensed therapists, in September 2012. The constitutionality of that law was then challenged in court one month later and ultimately reached the Ninth Circuit Court of Appeals. In August 2013, a three-judge panel on the appeals court unanimously upheld the ban, stating it “does not violate the free speech rights of practitioners or minor patients, is neither vague nor overbroad, and does not violate parents’ fundamental rights.” Furthermore, the 3-0 decision found the state Legislature was within its right to pass the legislation in order to protect the well-being of minors, and under its police power, “California has authority to prohibit licensed mental health providers from administering therapies that the legislature has deemed harmful.”

Opponents of the ban, including the anti-LGBT Liberty Counsel, took their case to the Supreme Court after the full circuit court declined further review of the decision. With the ban’s original implementation date of Jan. 1, 2013 on hold pending appeal, today’s decision from the Supreme Court upholds the Ninth Circuit’s decision and allows the law to go into effect.

“This life-saving law has cleared the final hurdle and will now protect California youth from harmful practices that have been rejected by all leading medical and mental health organizations,” said Shannon Minter, legal director for the National Center for Lesbian Rights, which was one of the original backers of the ban. “This important legislation will permanently improve the health and well-being of California’s most vulnerable LGBT young people.”

Conservative groups have also challenged a ban in New Jersey, which became the second state to ban reparative therapy in August after Gov. Chris Christie (R) signed similar legislation into law. Similar bans are also being considered in other states, plus D.C.

“We look forward to more states joining California and New Jersey in preventing state-licensed therapists from engaging in discredited practices that offer no health benefits and put LGBT youth at risk of severe harm, including depression and suicide,” said Minter.