“Joe, you have to release this. It’s so cute, like a total summer jam.” That was the verdict of friends of DJ Joe Gauthreaux, who had hesitated for months to release “Bye Felicia” as his first official single. “I thought it was just too out there,” he says. “I was just unsure of it.”

Nothing to be unsure of now. “Bye Felicia” has been the Hot Shot Debut and the Power Pick on the Billboard dance club chart, where in only two weeks the track has climbed to No. 31. “I mean, I was just hoping to get on the chart,” Gauthreaux marvels. 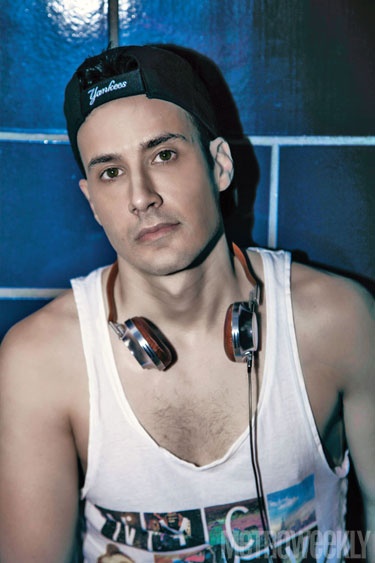 The song features New York club veteran Mitch Amtrak talk-singing in a style not so dissimilar to Andrea Doria on last decade’s club classic “Bucci Bag.” No doubt you’ve heard the titular phrase before, which derives from the 1995 film Friday starring rapper Ice Cube, who uses it to shoo away the neighborhood mooch. “It’s something that you say to somebody who you don’t really care about,” says Gauthreaux. “[But] I can’t make a mean song, because that’s just not what I’m about. So we decided to flip it and make it more like, instead of saying bye to her, we’re actually kind of looking for her in the song. We’ve actually kind of made Felicia somebody you’d want to hang out with.”

A New Orleans native who got his start as a DJ nearly two decades ago at his hometown’s famed club Oz, Gauthreaux has been a reigning DJ in gay clubland for a decade now. He regularly headlines the biggest parties and clubs, and nearly every weekend spins at multiple events across the country. This weekend, Gauthreaux headlines the Saturday Sand Blast beach party in Atlantic City, N.J. — but not before he returns for an indoor “Summer Beach Party” at D.C.’s Cobalt, where he appears at least several times a year.

In recent years, Gauthreaux has started producing his own remixes of popular hits, which he plays exclusively as part of his sets. But he’s realized he needs to create his own tracks as well if he wants to branch out beyond the clubs, or at least beyond his “core crowd” in gay clubland.

“The ultimate goal is to write a song good enough to make it out into the world and that people really care about,” he says, citing Tony Moran and especially Tiësto as role models in the pursuit. With no musical training growing up, Gauthreaux, who’s in his “mid-30s,” says the past decade has been a “huge learning process,” in which he’s taught himself music production. He already has four additional, eclectic songs written and recorded with various vocalists — “because I can’t sing,” he laughs — ready to release on his label, Prop D Recordings, once “Bye Felicia” has had its run.