Ford delivers the biggest shake-up to F-150 in decades

As manufacturers push ever further for greater fuel efficiency in their vehicles, there are a few very easy methods they can employ to ensure you spend less time dumping gas into your vehicle. The most obvious one is to put their cars on a strict diet. It’s simple physics: heavier cars require more effort to move around. Drop a few hundred pounds and the engine can relax a little, spending less time reaching for the power-rich, gas-hungry higher revs. What if weight loss isn’t an option, or you want to improve a car’s efficiency without completely redesigning it? Simple, drop a new engine into it. A smaller, lighter engine will use less gas than a larger one, but it will also mean less power available to haul around whatever vehicle it’s in. The solution there is to bolt a turbocharger to it. Turbos are a very efficient way of boosting an engine’s performance without having to upgrade its size — a turbo’d V6 can produce similar levels of power to a V8, but with much better gas mileage. 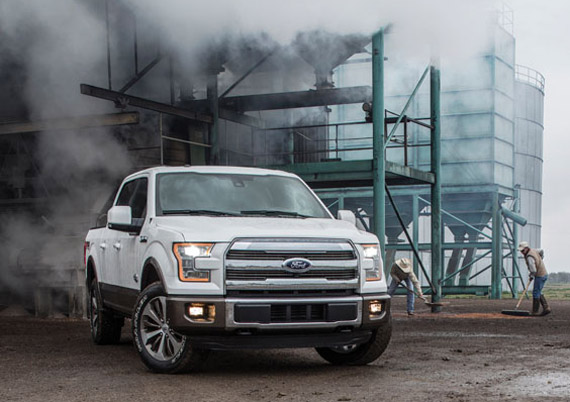 Another way to boost mileage in a car is arguably the most controversial — rip out the gas engine and put a diesel powerplant in its place. America has a rocky, almost vitriolic relationship with diesels, as many still believe them to be like the soot-belching, noisy, diesel-powered cars of the ’70s and ’80s. Americans quickly eschewed the diesel engine, leaving them to truckers, instead choosing to embrace gas in all its glory.

Of course, elsewhere around the world, consumers and manufacturers weren’t so quick to judge the oil-burners, instead refining and improving them until today’s modern diesel engines can stand on their own next to their petrol powerplants. Consider Europe, where diesel-powered cars sell in far greater quantities than gas-powered versions. The reason? Diesel’s superior mileage. Comparing a similar capacity diesel and gas engine, the diesel will offer an average of 30 percent better mileage. On a continent where it’s not uncommon to pay $10 a gallon for fuel, every extra mile gained from a tank of gas is worth its weight in gold. The greater efficiency, ease-of-use offered by their low-down torque and the fact that modern diesels are as refined as gas engines has helped them become the de facto engine for almost every type of auto cross the Atlantic. Where we prefer to stick a hefty V8 into our largest cars, Europeans will drop a fuel-sipping diesel under the hood without hesitation.

The innovation and economy offered by diesels isn’t something American manufacturers — or consumers — have ignored. Slowly, European automakers have been introducing diesel-powered cars into the US market, with the Germans leading the charge. Whether Mercedes’ BlueEFFICIENCY or Audi’s Clean Diesel, diesels started infiltrating the market a few years ago, and American automakers quickly took notice. Now, it’s possible to find diesel trucks and SUVs from homegrown automakers — Chrysler’s torque-rich 3.0 CRD powerplant features in the Jeep Grand Cherokee, for example, and the Dodge Ram. It would seem that consumers have also fallen into line, with demand for diesel autos continuing to rise.

Diesel Technology Forum reports that sales of clean diesel engines in the US rose twenty-five percent year-over-year for the month of June, which greatly outstrips the modest four-percent overall growth for vehicle sales as a whole. Indeed, research from HybridCars.com and Baum & Associates indicate that, while diesels currently account for a mere 3 percent of current vehicle sales, that market share will double over the next three years. In total, American consumers can choose from 46 diesel models in showrooms, encompassing both SUVs and normal cars, and that number is only expected to rise as customers become more accustomed to embracing diesel. 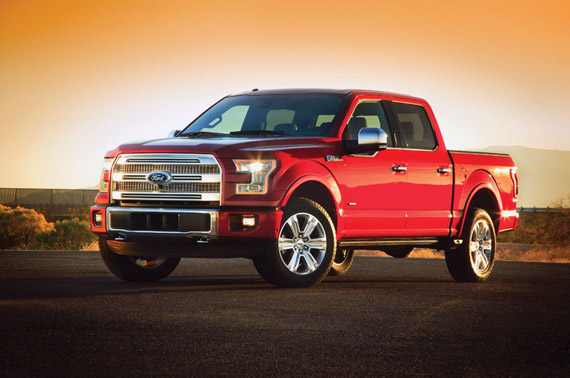 However, when it comes to a national institution, there’s only so much change that customers are willing to accept. Ford’s F-150 is an icon, outselling every major rival and every other car or truck in the road. America loves the F-150, the epitome of a truck-based lifestyle that has come to define the South and Midwest. If you need a figure to quantify that love, the F-150 has topped sales charts for vehicle sales for the past 32 years. Nothing can touch it.

That means, when it comes time for a new model, Ford has to be extra careful with what it changes. For the past few generations, the F-150’s basic underpinnings haven’t changed — a hefty V8 at the front, power sent to either the rear or all four wheels and a heavy, steel body-on-frame construction. Not any more. Ford is delivering, with the thirteenth generation, the biggest shake-up to the F-150’s formula in decades.

As consumers demand increased fuel consumption and greater power from their cars, there’s only so much Ford could do with the F-150. Diesel is clearly still something that Ford is reluctant to introduce, so they chose the other two options mentioned above: they put the F-150 on an extreme diet. For the first time, Ford is making extensive use of aluminum in the construction of the F-150. The light, strong metal has appeared on numerous vehicles over the years — Jaguar, Land Rover and Audi are all fans — but its appearance in such great quantities on the F-150 is a first for the truck segment. Ford promised dramatic weight loss over the outgoing model, and they’ve finally revealed just how significant a drop it is. Compared with the 2014 F-150, the 2015 version will weigh some 732 pounds lighter. That’s the equivalent of opening the door and throwing out three or four adult-sized occupants. There’s no specific figure given, but the new F-150 should be around the 4,400-pound mark.

Where things really get interesting is the newest engine in Ford’s lineup — the EcoBoost 2.7-liter V6. Yup, a tiny 2.7-liter V6 in the F-150. What is Ford thinking? This isn’t quite what it seems, though. The small V6 has a big turbo mixed into its workings, which boosts power to 325 hp and a meaty 375 pounds-per-foot of torque. The old F-150’s 3.7-litre, naturally aspirated V6 only managed 302 horses and 278 pounds per foot of torque. Combined with the F-150’s dramatic weight loss and Ford claims the new EcoBoost engine will offer V8 performance with V6 running costs — a statement they’ve backed up with the EcoBoost’s maximum towing rating of 8,500 pounds in two-wheel drive guise. That’s a lot of power from such a small plant and it’s a tempting option for those who bought the base V6 of the last F-150 — and even some who purchased the 5.0-litre V8.

Of course, the only logical next step is for Ford to stick a torque-rich diesel under the hood. An aluminum body and powerful diesel is a combo waiting to happen in the truck segment. Ram has proven with the 1500 EcoDiesel that consumers are ready to embrace diesels in their trucks, earning rave reviews and hot sales at dealers. Given that Ford offers some excellent diesel engines in Europe, how long will it be before they ignore the brand faithful who only want a gas-powered F-150 and give in to the oil-burners? Time will tell, but I’d wager sooner than later.