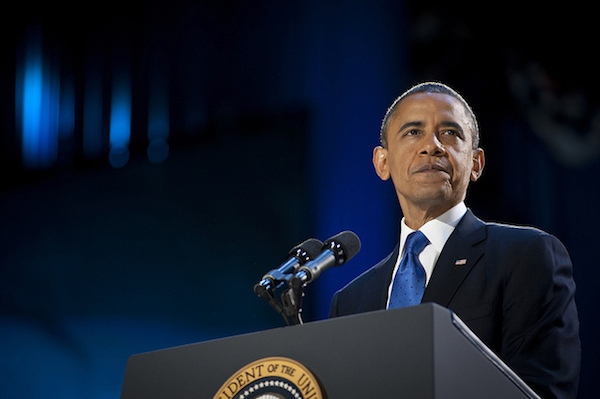 Obama’s executive actions will impact 24,000 companies that employ 28 million workers — a fifth of the nation’s workforce.

The executive order protecting transgender federal employees from discrimination will take effect immediately, whereas the executive order prohibiting federal contractors from LGBT workplace discrimination will apply only to federal contractors who enter a contract with the federal government after a date designated by the Department of Labor. According to the senior administration official, the executive order requires the Labor Department to prepare regulations within 90 days and the order will likely be fully implemented by early 2015.

Moreover, Obama’s executive order does not modify an executive order signed by President George W. Bush in 2002 that allows religiously affiliated federal contractors to favor individuals of the same faith in their hiring practices — something LGBT-rights advocates have called on Obama to change since taking office.

“President Obama’s executive order does not modify that Bush exemption,” the administration official said during a Friday call with reporters. “It stands.”

However, the administration official added such contractors will be held to the same standard as others companies who do work with the federal government under the expected executive order.

“You can use religion to only hire people who share your religion, but you can’t discriminate against someone who is of your faith who happens to be LGBT, unless they fall within the ministerial exception,” the administration official said.

The news comes after the White House announced on June 16 that Obama would sign the executive order prohibiting federal contractors from LGBT workplace discrimination — a move long sought by LGBT-rights advocates that has garnered increased attention as federal legislation remains stalled in Congress. On June 30, at the White House’s annual LGBT Pride Month reception, Obama also announced his plans to sign an executive order protecting transgender federal employees from discrimination.

However, in light of the debate over religious liberty sparked by the U.S. Supreme Court’s Hobby Lobby decision, the White House has been under increased pressure over the scope of any religious exemption present in Obama’s executive order. In a series of letters sent by members of Congress, civil rights leaders, LGBT-rights advocates and legal scholars, Obama was urged to resist calls from faith leaders to include a religious exemption similar to that in the Employment Non-Discrimination Act (ENDA) in his forthcoming LGBT nondiscrimination order.

According to the senior administration official, they “deeply value” the feedback and input they have received from both sides on this issue, but were comfortable moving forward with the executive order even in light of the Hobby Lobby decision.

“We believe that this order both protects the LGBT workers and respects the interests of religious entities that serve as federal contractors,” the administration official said.