A little over one year ago, the Supreme Court ruled on the Clinton-era Defense of Marriage Act (DOMA), finding it unconstitutional. As a result, same-sex marriages are now recognized on a federal level. However, after the party and the cake, the financial reality of marriage leaves some couples stymied.

Wells Fargo bank commissioned a survey to study how the court’s decision has impacted the LGBT community, and whether it has changed how LGBT investors approach their finances. Overall, the survey found that respondents have similar financial goals and similar difficulties communicating about money as most Americans, but the vast majority of same-sex couples do not have a good handle on what this unique legal situation means for them. 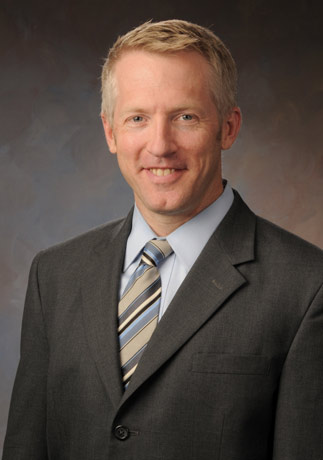 Wells Fargo wealth planning strategist and Capital Area Gay and Lesbian Chamber of Commerce board member John Quattlebaum says, “There is a layer of federal law that is separate from state laws and a patchwork of states that do or do not recognize marriages. Based on where a couple married and where they live now, the complexity is compounded.”

Same-sex couples can now marry in 19 states, while many other states ban it, and court rulings and legislation shift that number almost daily. If a couple gets married in D.C. or Maryland, but moves to Virginia where same-sex marriage is banned, the taxes they file, the insurance they buy, and whether their wealth will automatically be passed to the beneficiary they choose may all shift.

Quattlebaum says of the survey results, “The good news is that most of the LGBT community and Americans know whether or not marriage is allowed, but 83 percent are very confused how federal and state laws apply to them.”

Unfortunately, many couples are not working to find out which laws affect them. More than one-third of respondents (38 percent) said that discussions about money have caused tension in their relationships, while more than one in five (21 percent) said they rarely or never talk about money at all. Another key finding is that fewer than half of those surveyed (47 percent) seek professional advice on the matter.

Financial planners, accountants, and lawyers can all be instrumental in protecting future wealth. Financial planners can help with short- and long-term goals. They can address specific issues like cash flow, retirement, insurance, income and estate taxes, and how individual state and federal marriage laws impact all of these. Quattlebaum says, “Some couples believe that because their marriage is recognized at the federal level, it has solved all of their problems, but that is not necessarily true.”

It pays to seek help from a financial planner trained in these issues. Quattlebaum strongly recommends seeking someone with a certification like the Certified Financial PlannerTM designation. Wells Fargo also helped the College for Financial Planning create a new designation, available to any financial planner at any bank, called the Accredited Domestic Partner AdvisorTM. To receive this, professionals have to have specific training in these issues. Beyond official accreditations, it’s best to look for planners and other professionals with a large LGBT client base and who work with an organization or bank with a good record on gay rights.

Beyond formal help from a Certified Financial PlannerTM, people can find many resources online from organizations like the Human Rights Campaign or Lambda Legal on topics like social security, Medicare and taxes, as well as information directly from the government and states on current laws. The Capital Area Gay and Lesbian Chamber of Commerce is currently designing a workshop to address the specific financial concerns of metro area investors.

One day, same-sex marriage may simply be marriage, and it won’t require such careful research and vigilance, but marriage and money will always be a potentially explosive combination. Seeking help can make it possible for a couple to build the life they want and protect the wealth they make.

Jessica Vaughan is a D.C.-based freelance writer and a member of CAGLCC.